Let's be honest with ourselves here.

How many of us so-called 'league experts' thought last month's inaugural Holden Women's State of Origin game was going to produce the kind of high-quality, tough, intense, thrilling contest that we saw at North Sydney Oval?

And how many of us - like me - can't wait until the women do battle again now the standard has been set?

The hits were big; brutal at times.

The ball movement was swift, the tries entertaining and the aggression and intensity exceeded all expectations.

But most of all, the reviews and the ratings confirmed the gamble - just as it did for the men back in 1980 when Origin's arrival opened the door to the biggest and the best collision in Australian sport.

It begs the question: where to from here?

Officials must strike while the iron is hot given the exciting new product they have to market to a new audience.

I have not heard one negative comment, and that's from blokes at the local pub who I know were initially sceptical; none from former players, some of whom were in awe of the way the women played; nor any groaning from the general public, who were still talking about the battle days after.

It was close to being the game of the NRL's representative round for pure entertainment value.

At its peak, the Women's Origin audience a viewing audience in excess of one million. That's pretty impressive.

A three-game series has already been floated and has immense appeal.

But it would have to be properly spaced so as not to dilute the depth or the quality of the product.

Inaugural coach Jason Hetherington, who played several Origin games himself, said he favoured a two-game series next year with one match in NSW and the other in Queensland.

"Let's take the small steps first with two games and see how that goes down," Hetherington said.

"If we go to two games and the girls play with the same passion and heart and we get the same response, and the girls perform again at a similar standard in back-to-back games, then we can look at taking it to three games in the future."

Hetherington, who would love to coach the team again, said his players were "hurting bad" when they came off the field.

"It was great, I loved it. The girl's reactions after the game showed what it meant to them," he said.

"They were hurting. They wanted another crack at NSW. I know they did.

The blueprint is already in place, it just needs to be modified.

The games need to be a minimum of 35 minute halves, moving towards 40 minutes in the second year of a full series to allow for fatigue factor to open up the contest.

Given the style in which the women play the game at the moment, without the spoiling tactics and without trying to exploit the rules, they are a sponsor's dream.

They pulled almost 7000 fans to their history-making game.

They played to limited structure. They just went out to play football, by the rules, and at full throttle.

If they played a game next week they would draw twice as many to the game...maybe more.

They were the best $10 ticket in town on a bumper weekend of sport, but more importantly they delivered what all promoters want – 'bang for buck'.

Those who paid money and watched them rip into each other with no regard for their own safety got value for their dollar.

The TV ratings were better than most expected, with fans staying glued to the last second.

That alone should be attractive to companies looking for a vehicle to drive their products.

Rugby league wants to grow its game, but that should not just mean taking it to regional areas or non-league playing regions, or even to America.

It should always be looking to capture a wider audience.

The women's game has the potential to do just that.

The key will be ensuring the elite women players can safely sustain the demands of three aggressive and intense battles, mixed in with a new a new NRL-backed competition and a few end-of-season Test matches.

Stand by for more news. 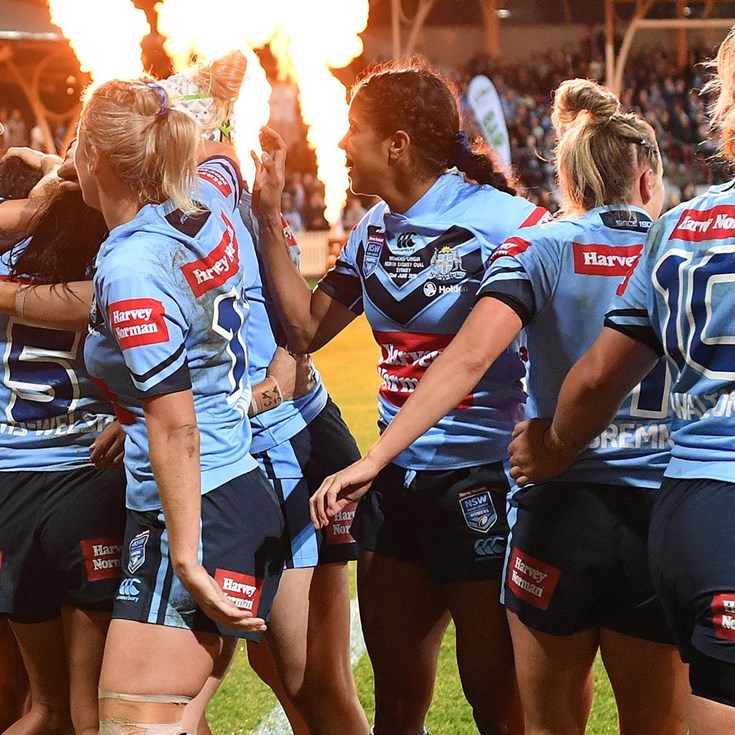