If you thought the inequity and animosity between Queensland and New South Wales – the result of decades of being walked over and addressed like submissives – had subsided with the Maroons' recent Origin dominance, think again.

That Maroon dynasty between 2006 and 2018, if you were to believe a story and headline attributed to NRL.com's own chief reporter on Monday, was apparently a 'myth'.

The story contained the line: "The results of the first two games of this year's series have put the Maroons back to where they were before winning the 2006 series – in disarray, and with Origin careers on the line."

Funny, it doesn't seem a "myth" that Queensland's name is on the shield 11 of the past 12 seasons.

Coach Kevin Walters has endured an exceptionally challenging Origin campaign beset by injuries, representative retirements, controversial referee rulings and caustic public criticism the likes of which have rarely been seen before.

Several veterans of the Origin arena have commented that they can't remember a more unfavourable assignment in 39 years of the concept.

Yet Walters has not looked for excuses as a crutch, copping the circumstance sweet, and looking forward to the next battle.

It was only after cajoling in the lead up to Game III, that he momentarily felt at ease to openly challenge some factors that conspired against him.

He then immediately regretted speaking out.

If the Maroons are a team "in disarray" it hasn't shown in camp or in the dressing sheds after either Game I or Game II.

In 20 years of covering Origin, I don't think I have seen a more optimistic losing dressing shed than after Game I of this year's series.

Sure, the players were hurting – Dylan Napa was in tears and couldn't speak – but the mood was upbeat in the sense that everyone recognised there had been a significant changing of the guard, and that the team could only get better.

In Game II there was definitely more hurt after the game, but also the vibe that Queensland had the upper hand for much of the game, again with some key factors not in their favour.

That's not the line New South Welshmen want you hearing.

They want you believing the Queenslanders have spat the dummy, are quarrelling and there is no spectre of hope.

A southern newspaper this week carried stories about the Blues beating the Maroons to a whiz-bang cryotherapy service and to a spot at their normal Melbourne hotel.

Great gossip, if only either facet was true.

Another NRL.com story on game eve focused predominantly on "avoiding the disaster of 2000", a bit extreme for an undermanned team that has lost both games by 10 points or less.

The QRL and NSWRL purportedly now fall together under a 'whole-of-game' organisation, designed to represent all states and territories from the grassroots to the elite level.

Yet it hasn't passed unnoticed the way the interstate rivalry has been covered since sweeping changes were made to the game's own media arm last offseason.

You can make your own observations about the balance and resourcing. Others certainly have.

Queenslanders don't have to try hard to be anti-establishment when the establishment seems hell-bent on being anti-Queensland at times.

The narratives the pro-NSW media want you adopting now fall in one of two categories.

The first is that they want you believing all hope is lost.

The second is that they feel a few contrived barbs will 'reignite' the hatred among Queensland fans, encouraging them to re-engage with Origin III.

The truth is that hatred has not and will never dissipate at any point.

Whether we win or whether we lose, it stays the same. 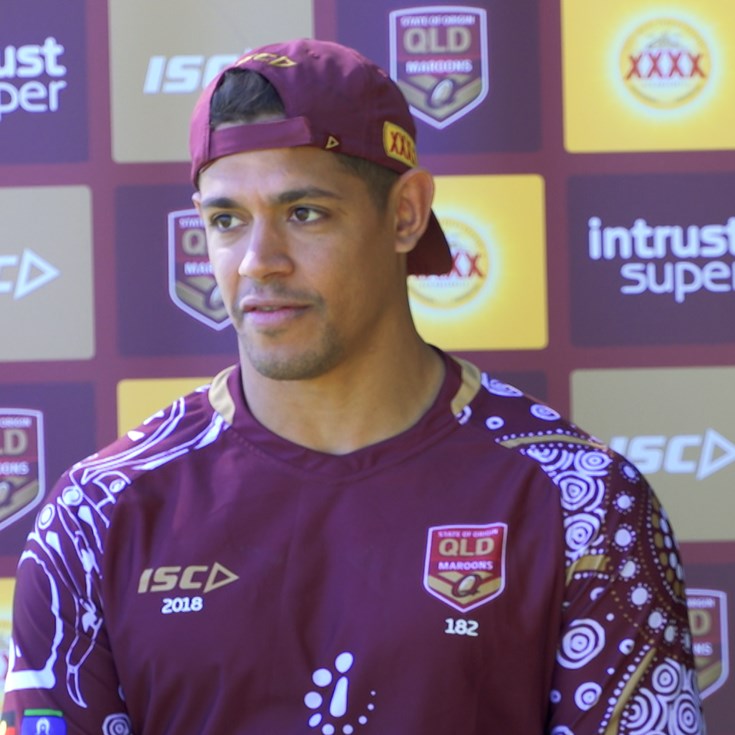 I'd rather Chambers or Wallace than 'Statman': Walker

Plenty of feeling in 'dead rubber'