One suspects plenty remains to be written in the rivalry between Redcliffe and Burleigh this season, after the Dolphins wrestled their Round 18 clash from the Bears with three tries in 11 minutes.

Likely to meet again when finals time rolls around in a little over the month, the two proud clubs waged another classic battle before Redcliffe emerged the 40-28 victor.

Burleigh had hit the front 28-20 early in the second half, but a try from Hastings Deering Man of the Match Hugh Pratt opened the floodgates for the Dolphins at home.

Pratt's four-pointer in the 57th minute was followed by another from Nathan Watts in the 60th minute and then the icing on the cake from big prop Sam Anderson in the 68th minute.

It was a strange day for defence, with two of the top teams in the Intrust Super Cup conceding a combined 11 tries on a contest that kept Channel Nine TV viewers energised.

Tom Opacic had two early tries for the Dolphins, yet until Redcliffe's late rally the story of the day seemed to be the impact of new Burleigh signing Dylan Phythian.

Phythian, formerly a highly-rated NRL up-and-comer with the Newcastle Knights, scored on debut last week, and backed up by nabbing another for the Bears to extend their slender 22-20 lead in the 45th minute.

However, that was to be the last try by Burleigh, as the Dolphins finished full of running.

Regardless, Phythian could be a handy acquisition in the run home as Bears halves Jamal Fogarty (ankle) and Dallas Wells (leg) continue their recovery.

The 22-year-old has endured a rollercoaster career, scoring a try in his NRL debut in 2016 and then suffering a season-ending knee injury in Round 1 of the 2017 season.

He was cut by Newcastle at the start of 2018 and had linked with local club Lakes United before Burleigh offered a lifeline.

His halves partner Josh Rogers also featured prominently against Redcliffe with four conversions and two penalty goals to give the Bears the ascendancy through the first half of the match.

Redcliffe's timely win not only saw them put distance to Burleigh on the ladder, but also saw them elevated to top spot on a very narrow points differential, having a net score of +176 compared To Townsville's +174 for-and-against.

The Dolphins have now won their last four games in succession, while Burleigh has lost the last two.
Next week is 'Get in the Game' Country Week and sees Redcliffe taking on the Easts Tigers at Gilbert Park, Goondiwindi in Saturday's televised match.

Full scoring details and final team lists from Round 18 are available at QRL Live. 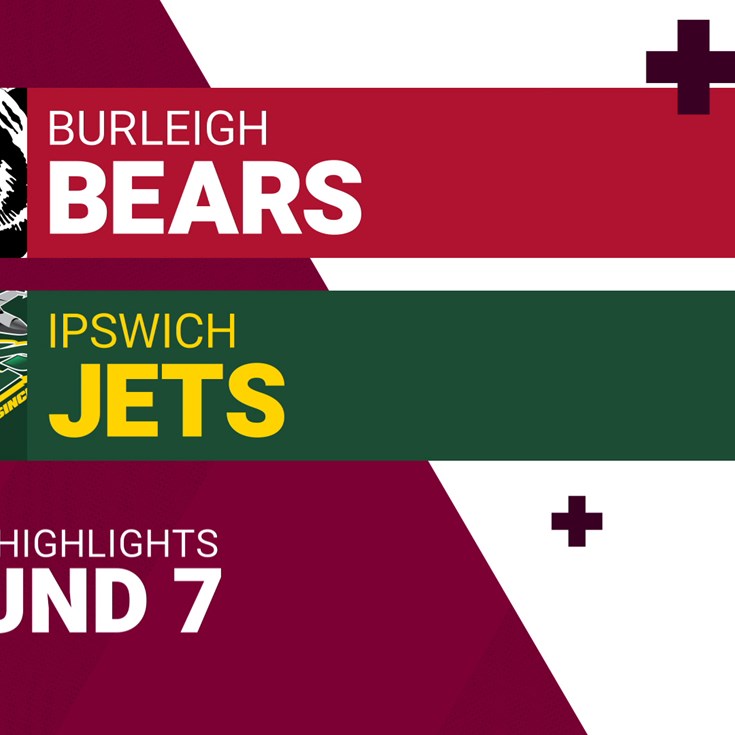