The door has been left ajar at the Melbourne Storm should utility Young Tonumaipea wish to return to rugby league after his Mormon mission.

Coach Craig Bellamy said two years was a long time in the NRL and anything could happen.

But the coach will still be in the corridors, having just signed a new three-year deal from 2019, when Tonumaipea has finished his missionary duties for the Church of Jesus Christ of Latter-Day Saints.

"He didn't ask for any guarantees so we'll see how it goes. He might change and the club will undergo changes while he's away," Bellamy told NRL.com.

"But I told him I'd keep in touch with him as would the boys here, so we know how he's going and where he's at. You just never know."

The Storm flew to New Zealand on Friday for Sunday's round 19 match against the Warriors - the first game without Tonumaipea in their squad.

The 25-year-old made his debut against Manly in round one, 2014, at Brookvale Oval. Coincidently, the Lottoland venue was where he played his 43rd and last game - in the round 18 one-point win for Storm against the Sea Eagles last weekend.

Several senior Storm members, such as captain Cameron Smith and prop Jesse Bromwich, were in tears as they embraced Tonumaipea on the ground after squeezing home 14-13.

"He's a real terrific kid. He's a real good club man. He's quiet and reserved and he was extremely valuable for us because he could play a few positions - fullback, wing and centre," Bellamy said.

"He played all those for us and it was only because we had such good players already in those positions that made it hard for him to play regular first grade.

"But he was always about what was right for the team. He was a really good person to have around the club and a good friend to my players."

His utility value is why losing Tonumaipea with just seven matches to go before the finals isn't the timing Bellamy would have preferred.

"It was a bit of a shock when he told me what he was going to do. When he first came to me he was quite emotional about it because he thought I might be a bit upset he was going at not an ideal time.

"But it was clear how much this means to him, it's what he believes in and sometimes other parts of your life transcend football," Bellamy said.

Tonumaipea played five Tests for Samoa and was a mentor for young Polynesian players coming into the Storm system.

"We had a lunch for him before our Manly game last week. The Polynesian boys gave him a second send-off as well as the club," Bellamy said.

"He's a local and the second Melbourne-bred and raised player to make it into the Storm side - Mahe Fonua [Wests Tigers] was the first.

"Young has come up through our junior grades, was a real standout in Harold Matthews, Jersey Flegg, and through our Under-20s and was with our first grade squad for seven years.

"He will be missed very much." 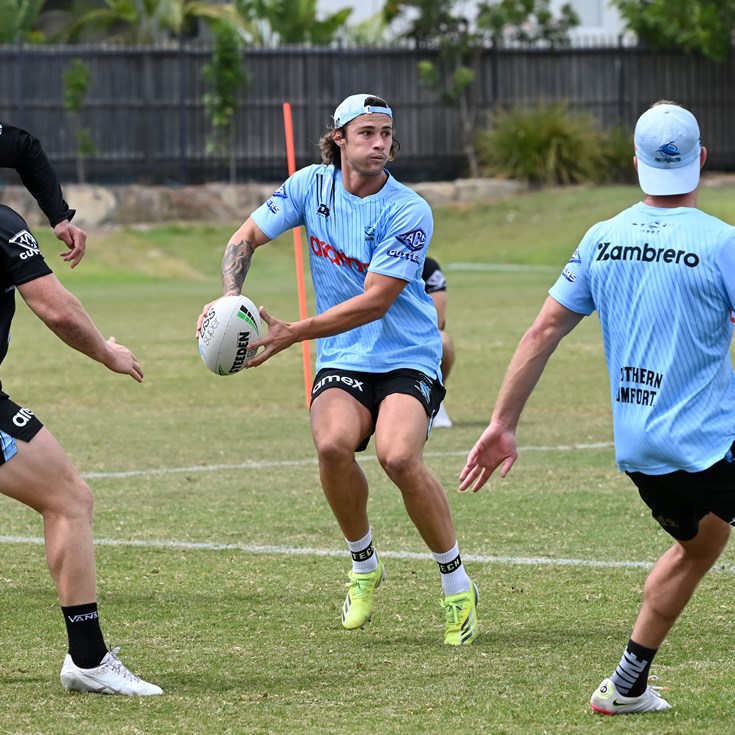