The PNG Hunters fans continue to will their team to a finals berth and they would have been cheering loudly today after their side registered an important 20-10 win over the highly ranked Burleigh Bears at National Football Stadium.

In high intensity game, the forwards for both sides set the platform for their team. The Hunters pack were led by Stanton Albert; while Bears enforcer Luke Page was again strong with his trademark runs.
It was the home side who scored first thanks to hooker Wartovo Puara Jnr who barged his way to score in the 23rd minute mark.

The visitors replied soon after thanks to winger Troy Leo who sprinted 80m to score.

He was in again only five minutes later after picking up a loose ball from the Hunters, crossing in the corner to get the lead.

The Hunters got a late penalty right in front of the Bears try line and opted for penalty goal as halftime siren sounded, giving the Bears a 10-6 lead going into the halftime break.

In the second half, both teams tightened their defensive efforts as the arm wrestle continued.

The home side were on the board again when Hunters utility Charlie Simon dummied and burrowed his way over the try line to give his team the lead.

Burleigh were their own worst enemy as they made key errors to give the visitors the advantage and they capitalised; this time with centre Thompson Teteh crashing over to seal the win.

They were not done yet however, and with just seconds before the fulltime siren, his fellow centre Adex Wera picked up a loose ball to sprint 40 metres to score and post the important win. 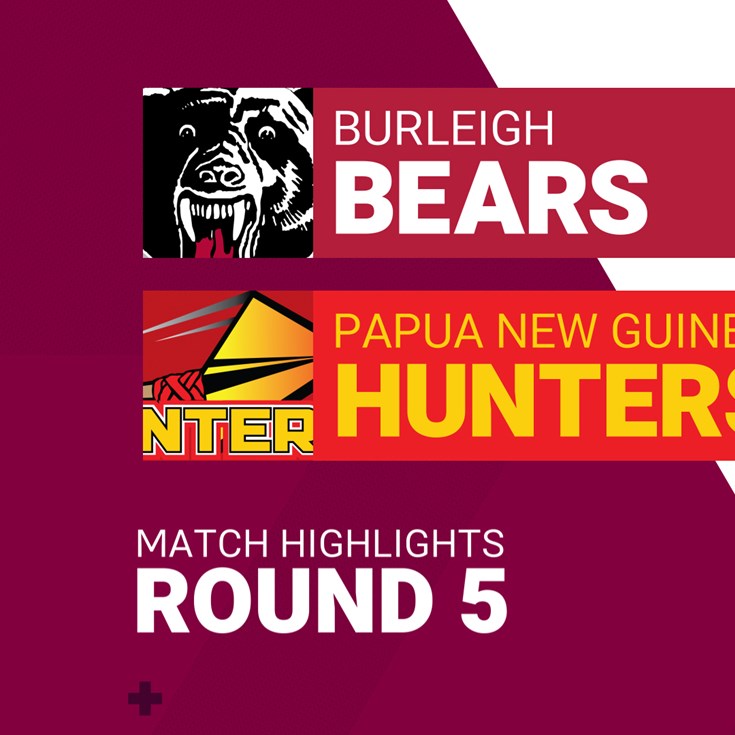