Valentine Holmes has inspired the Sharks to a classic 17-14 win over the Storm at AAMI Park in a match every bit as pulsating as the recent history between the bitter rivals.

The Cronulla fullback led the way in attack and defence with a try, two goals and 172 running metres in a match that had a finals-like intensity.

But for Craig Bellamy and the Storm, they've now lost two in a row against top-eight sides at the wrong time of the season.

The Sharks move into sixth and won their second against the Storm this year and with matches against North Queensland, Newcastle and Canterbury to finish the season, they could leapfrog Penrith and St George Illawarra into the top four.

Their scrambling defence was superb, particularly in the second half when Curtis Scott and Joe Stimson were denied tries by last-ditch tackles.

Melbourne have slipped to third, a win behind the Roosters and South Sydney, who are now likely to fight it out for the minor premiership.

Both sides started the game early with handling errors plaguing their attack.

The Storm continued to limp their way through the half and struggled to mount any consistency in attack, with Paul Gallen and Aaron Woods hitting hard in defence.

They almost got their first midway through the first half when Jesse Bromwich couldn't hang on to a pass right over the try line.

Suliasi Vunivalu touch down quickly afterwards with some fluid ball movement over the right edge and a Will Chambers flick pass.

Josh Addo-Carr brought the crowd to life after a 60-metre run but Curtis Scott knocked on when the Storm were near the line.

Cronulla continued to look the more confident and composed team as they gave their outside backs plenty of space and time.

And their enterprise was rewarded with Holmes finishing off a blistering movement down their left edge to score just before the break, with Chad Townsend potting a straightforward field goal for a 13-4 lead at half-time.

The hosts kept the pressure on and again were denied by desperate Sharks defence, with Josh Dugan and Townsend preventing Scott from touching down.

Cronulla prevented another almost certain score to Joe Stimson, this time Jesse Ramien and Holmes holding him up.

Ramien then turned defence into attack after scooting 80 metres off a poor Munster pass before Dugan plunged through Addo-Carr to give Cronulla a seven-point lead.

Vunivalu scored a 73rd-minute try to give the local fans some hope, but the Sharks scrambled to hold on for another thrilling win.

News & Notes: Crowd 16,709 ... Wade Graham injured his right knee in the first half and didn't return ... Sharks fullback Valentine Holmes is the NRL's top try-scorer this season with 19 ... Cronulla have won four of their last five against Melbourne dating back to the 2016 grand final ... The Storm meet the 15th-placed Eels at AAMI Park on Friday, while the Sharks take on the Cowboys at Southern Cross Group Stadium on Saturday. 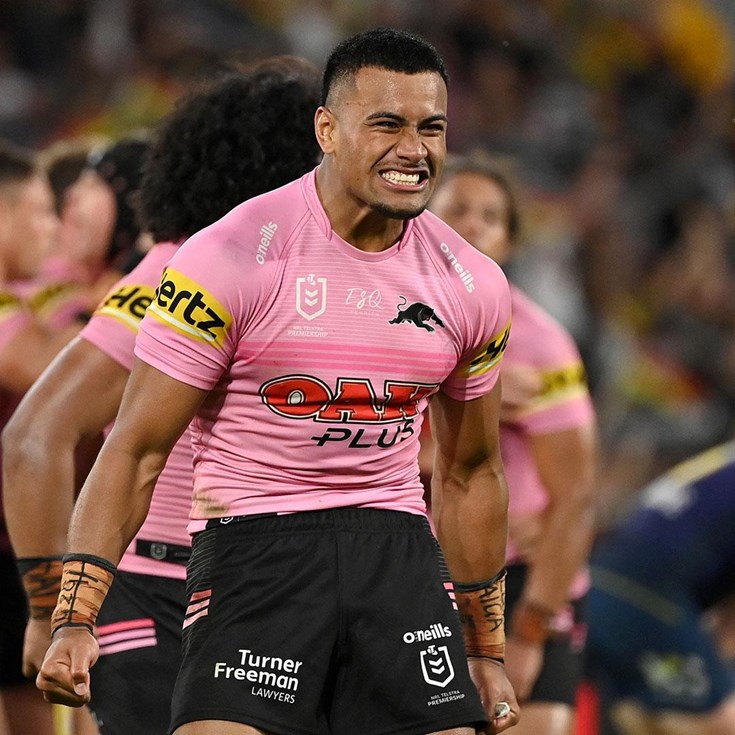