A great player has a habit or a pattern of play that everyone knows they are going to do but you are powerless to stop it.

Think about Wally Lewis's long pass or Allan Langer's grubber kick for himself and then you have to think about Wes Conlon drifting across the field and stepping back inside.

Conlon, just 28-years-old, announced this week he would drift off into retirement at the conclusion of 2018.

The local Swifts junior, who debuted in the Intrust Super Cup with Souths Logan in 2011, will end with his most prolific season in any grade, having passed 140 points for the first time.

Ipswich Jets Old Boy Day is the day to honour the 592 men that have played for the Jets since 1982.

The 2018 Jets are fighting for survival and Conlon responded to the challenge by adding four tries to his Jets' tally of 29 tries in his last home game.

Tweed started with a positive intention and dominated the first five minutes of the game, Tweed kept the Jets camped on their own line defending the first three sets of the game until the Seagulls' Jack Cook went under the posts to give the Seagulls the perfect start.

The Jets answered back, went left and Isi Hafoka rolled through the perfect grubber for Marmin Barba to score in the corner. It was 6-4 after 11 minutes.

It would only take Michael Purcell another three minutes to be involved, when Dane Phillips executed a perfectly-placed bomb that Purcell grabbed, placing the ball down for try number 16 in 2018 and putting the leading try scorer for the 2018 Intrust Super Cup Daniel Ogden in his sights.

Nat Neale was obviously watching Purcell's grab and thought he could do that too. The next time the Jets were able to place an attacking kick high in the air the Jets front rower took the catch spun and scored under the posts.

The Tweed did not respond quick enough to the Jets running it on the last and Michael Purcell had his second try after a chip-and-chase on the end of the movement.

The Jets were running rampant at 22-6 after 23 minutes.

The bomb worked again for the Jets in the 25 minute when Richard Pandia catching the ball and kicking for Purcell to move to 17 tries.

Conlon scored the first of his four tries on the end of another kick, dotting down in the right-hand corner and giving the Jets a 32-6 lead.

Conlon was up to his old tricks just after half time, running to the left-hand side, kicking for himself and scoring next to the posts.

Next Jayden Connors made the break and was looking for support; Conlon was happy to give it and scored his third try in nine minutes.

Tweed's Lamar Manuel Liolevave ran a straight hard line to score for the Tweed in the 54th minute to show that Tweed were not going to give up.

Mitch Carpenter scored off his own strong, hard running two minutes later, barging his way over like the big kid playing on the oval with the younger grade.

The Tweed scored again off a kick through Kody Parsons, who swiped a kick out of the air to score Tweed's last try of the day.

Conlon was not finished yet and ended the day with number four on the left-hand side to farewell the North Ipswich Reserve faithful.

Ipswich ends the regular season with a trip to Bishop Park to take on Norths while Tweed will play Pride.

Final team lists and full scoring details for the Round 23 clash available at QRL Live. 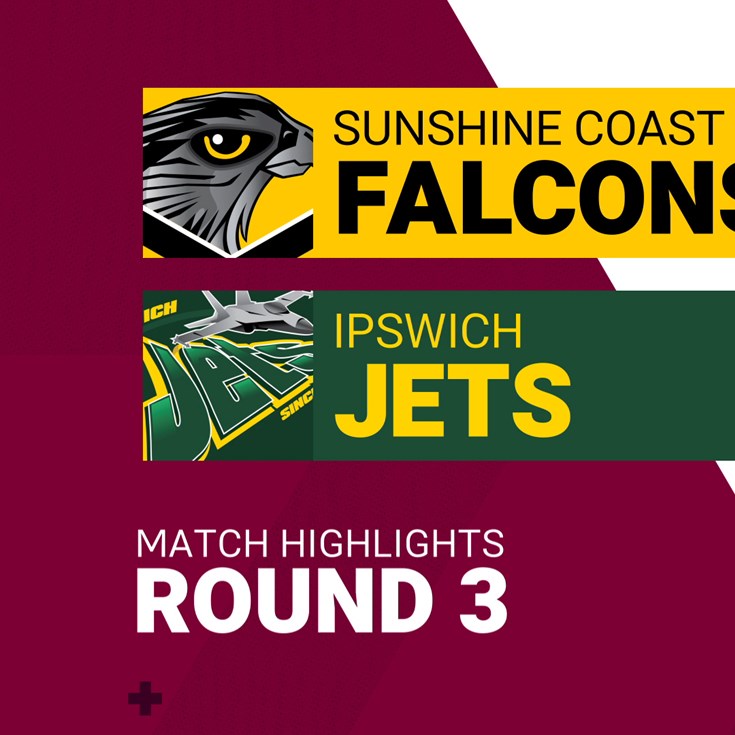 Entertainers do their thing as Blackhawks exit