Nathan Hindmarsh has lauded retiring superstar Johnathan Thurston as one of the best competitors he ever played with and supported a push for the Cowboys halfback to be granted Immortal status.

Before Hindmarsh and Thurston were regular sparring partners through the media, they were Kangaroos teammates in series including the 2006 Tri-Nations and 2009 Four Nations tour to England and France.

In a tribute to Thurston in this week's Big League magazine, Hindmarsh described the 2015 premiership-winner as one of the sport's most competitive players.

"His attitude towards the game is what sets him apart," Hindmarsh said.

"It doesn't matter what the score is – his side can be up or down by 20 – the way he plays doesn't change. If the opposition makes a break, he'll be the first one there trying to stop them from scoring.

"If you watch him closely in defence, you can see he's always chasing hard to put kick-pressure on, and when he's got the ball, he's always quick to get up despite being belted by bigger blokes.

"He's one of those halfbacks who'll cop a big shot but won't let you know he's hurting. That's what us forwards love from a team-mate."

Hindmarsh also said Thurston was a wonderful teammate to have on tour.

"He was always quite a laidback character in camp, but he also had a switch in him," Hindmarsh said.

"He was happy to kick back and have a bit of fun, but he knew when it was time to be serious and he could flick that switch quite quickly.

"When we won the Tri-Nations final in 2006, it was on the back of his trademark dummy. The Kiwis would have done their video on Thurston and they knew he'd throw a dummy at some point, but he was still good enough to get them.

The match was there to be won, and he picked his moment in extra-time and was able to find Darren Lockyer in support to win us the game.

"Everyone talks him up as a future Immortal, and I couldn't agree more. Well done for everything you've achieved in the game." 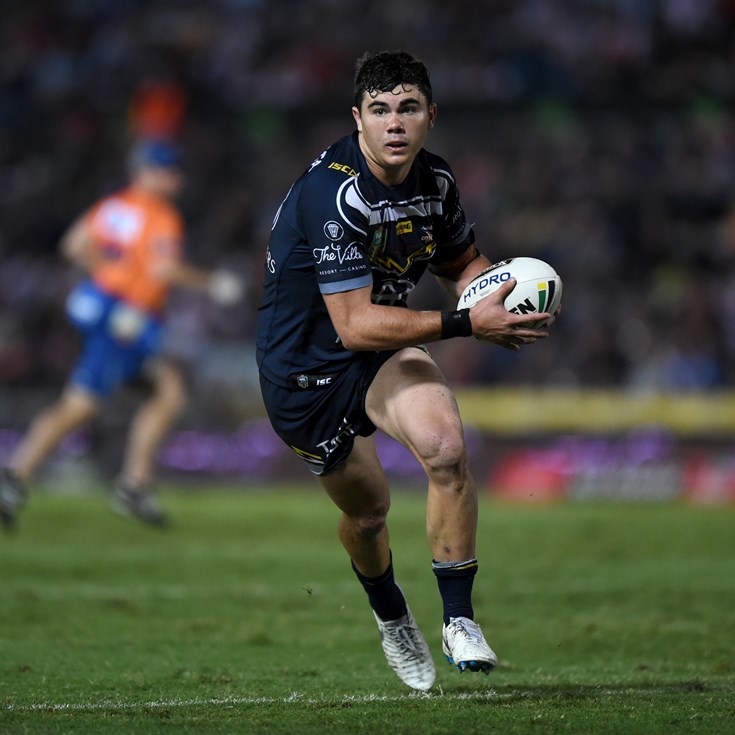 Thurston reacts after another late hit