South Sydney five-eighth Cody Walker can lay claim to being one of the best five-eighths in the NRL; an instinctive ball-player with a brilliant running game and a key man for proud foundation club South Sydney as they enter the second week of the 2018 Telstra Premiership finals series.

Walker bounced around clubs including the Titans, Panthers and Storm while regularly starring at second-tier level without every quite winning the confidence of a coach to play him in first grade.

He came close, including the time he tweaked a hamstring in the days leading up to what should have been an NRL debut for Melbourne in 2014, before eventually earning a chance at the start of the 2016 season under Michael Maguire.

He played the first six rounds through a combination of suspension and injury to starting halves Luke Keary and Adam Reynolds, eventually playing 20 for the year, and he hasn't looked back.

"Probably early on I didn't have the right commitment and everything it took to be an NRL player," Walker told NRL.com leading into Saturday's sudden-death semi-final against the Dragons.

"I probably didn't want to work hard enough to get to where I am now and I probably thought it might come too easy.

"It took me a fair while to learn along the way with a little bit of adversity and things like that and a bit of a kick up the backside and very happy I got to where I am. I've got a great group of guys around me and I'm just lucky to be part of such a historic club."

In his third year of NRL footy, Walker is putting together his most consistent season with career highs in line breaks (19), tries (12) and offloads (18). He is one short of matching his career-best for line-break assists (19) with between one and three games to play, plus 14 try assists and 78 busts.

"I do feel like I've been consistent but I feel like there's still a lot of room for improvements," he said.

"I've made a lot of errors that I'm not too proud of which I think is a lack of concentration in little periods of the game. Those are the things I want to get out of my game. It's just about me continually working on them at training and having those conversations with Seebs [coach Anthony Seibold]."

A huge feature of Walker's impressive 2018 – and that of his club's – is an ability to play efficiently within structure with some perfectly executed set plays, while also being ready and willing to go off-script with great effect when the opportunity arises.

"We don't like to let an opportunity go to waste whether it's down a short side or if they lock off the short side and we can get them on the other side of the park. It's shown in our performances this year we've been able to do that well," Walker said.

"I'm very lucky with the calibre of players I've got around me, Sutto [John Sutton] being an ex-five-eighth, he's added another dimension to my game. Greg Inglis is a legend of our game, AJ [Alex Johnston] has speed out the back and Jenko [Robert Jennings]'s finishing ability."

While this Saturday's opposition will be high on confidence after a 48-18 thrashing of the Broncos, the man who should be playing opposite to Walker – skipper Gareth Widdop – is out after a re-dislocation of his shoulder.

His replacement, utility Kurt Mann, is someone Walker knows plenty about after they spent time in the Storm system together in 2014-15.

"He's shown he can play anywhere on the field, he's done a job for them in nearly every position there is to play. He's just a footballer, he goes out there and has a dig. It will be no different with him playing five-eighth," Walker said.

Experience the excitement of Finals footy this weekend. Get your tickets to week 2 of the 2018 NRL Telstra Premiership Finals Series 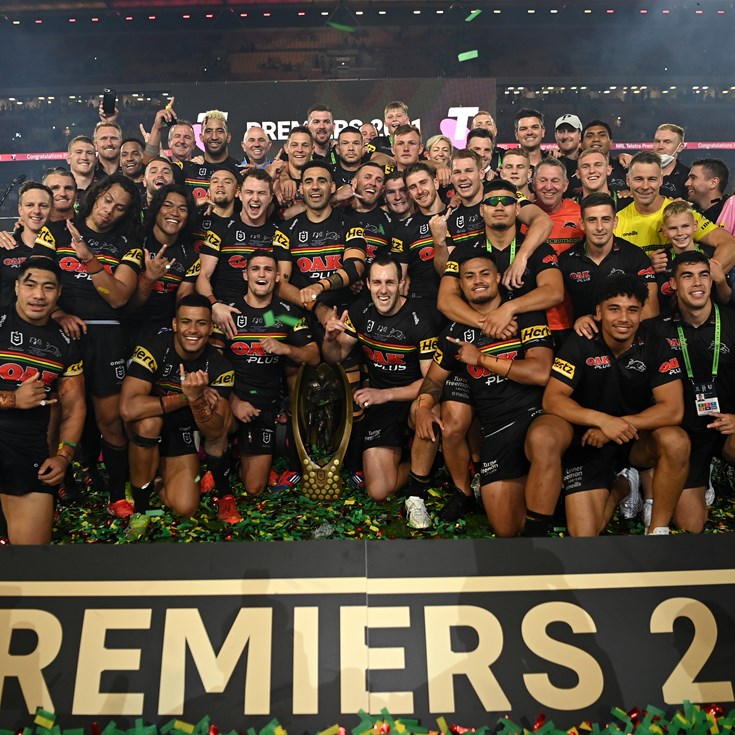