Palm Beach Currumbin will be looking to capitalise on their home state advantage against a formidable Patrician Brothers side in this year’s NRL Schoolboys Cup National Final, with the decider returning to Queensland for the first time since 2009.

Known as the ‘Reds’; the Gold Coast school claimed the honour of Queensland champions last week with an entertaining 32-26 victory over Kirwan State High School to claim the Phil Hall Cup.

In a see-sawing contest that saw the lead change hands a number of times, Palm Beach were able to arrest a slow start to produce a dominant second stanza and claim their first Queensland title since 2015.

Palm Beach coach Aaron Zimmerle spoke highly of the brand of football produced by both sides and praised his side's ability to play with maturity beyond their years.

“If you looked across the board it was more like a senior game of footy as opposed to schoolboy footy,” he said.

“It was just really mature footy ... I’ve coached Intrust Super Cup sides and have found it’s not too easy to do and when you see 16 and 17-year olds doing it, you know there’s something good going on there,” he said.

As for what it means to play in the NRL Schoolboy Cup grand final, Zimmerle said the opportunity to represent your school on the national stage was the ‘pinnacle’.

“It’s the pinnacle for us ... it’s the best football you can ever play because you’re playing with your best mates.

Patrician Brothers were behind early after a swift start by Westfields saw them skip away to a 12-0 lead midway through the first half, but a resilient showing from the Blacktown side saw them fight back to level the scores at 12-all heading into the break.

The momentum continued for Patrician Brothers soon after the break as they crossed for their third unanswered try two minutes into the second stanza to edge ahead for the first time.

From there, they were never headed as they surged away to a convincing 14-point victory to claim the state title.

Patrician Brothers coach Greg Beacroft praised his side’s ability to capitalise on the opportunities they created and highlighted their self-belief as key to overturning the 12-point deficit early in the game.

“I think it was just the confidence of the players to stick to the task, create opportunities, take opportunities and just their belief in getting the job done,” he said.

After featuring in four NRL Schoolboy Cup Grand finals since 2012, Patrician Brothers Blacktown have fast established themselves as one of the premier rugby league schools in the country and their coach believes their footballing success can be attributed to a ‘less is more approach’.

“Being a Catholic school and not a sports high school, we have to do things differently,” he said.

“Sometimes less is more and we’ve got to utilise our time well to work in with their commitments to NRL clubs but also allow them to get a good education at our school.

“The kids really want to play for their school and play with their mates because they’ve been together for six years at the school and their proud of the tradition we’ve got.”

Patrician Brothers will be playing with added motivation this Wednesday in the name of their critically ill teammate Junior Filimau who tragically suffered a medical episode at his home on the eve of their semi-final several weeks ago.

As for what it would mean to claim their first national title since 2012, Beacroft acknowledged the difficulty of winning the NRL Schoolboy Cup meant that it would be a victory savoured amongst his school community.

“It would just be a great reward for all the players, coaching staff and school community and we would be thrilled if we could win it because it is so hard to do,” he said.

*The national final will be played on Wednesday, September 19 at Dolphin Stadium from 1.30pm 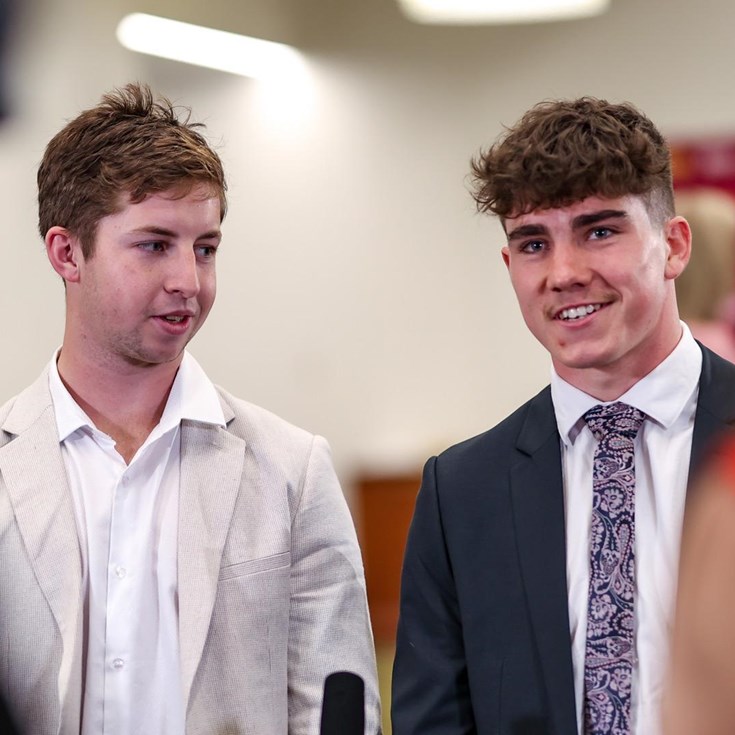