For the man who leads the NRL tackle count, Roosters rake Jake Friend is not powered by kale smoothies, protein shakes or acai bowls ... he's a bacon-and-eggs man.

"I do have a serve of mushrooms on the side usually," Friend told NRL.com when asked what kind of pre-match diet he uses to fuel the kind of endurance that has led him to peel off 1162 tackles in 25 games this season at an average of 46 per match.

He made 73 tackles against the Broncos in round 24 and brought down 60 Sharks attackers in the Roosters' 21-12 qualifying final win.

Facing the prospect of three beefy Burgess brothers running at him in Saturday night's preliminary final against the Rabbitohs at Allianz Stadium, he isn't altering his food consumption to put in extra carbohydrates.

"I'll have the usual bacon and eggs, and then for lunch I normally have some steak, salad and rice," Friend said.

Nothing too much out of the ordinary there, but this if Friend's fifth preliminary final. It is his first as skipper. He leads the Roosters in tandem with co-captain Boyd Cordner.

Friend doesn't see the addition of the (c) against his name as any kind of distraction, even if he's under fatigue.

"No, not really. Obviously there is the responsibility on-field with a few decisions, like penalty goals and whatever, as they come up," he said.

"But I feel with Boyd there with me and the likes of Cooper [Cronk] in our team, those on-field decisions are discussed before the best option is taken. It's pretty easy when you've got those kind of guys around me."

Friend, Cordner and Cronk are 80-minute players but the Roosters No.9 says there's no confusion as to who does the coin toss, or speaks to the referee.

"Boyd and I go week-on, week-off when it comes to the toss and the on-field talking [to referees]. I think that system has worked well. But throughout the game, other decisions we do by talking to each other.

"I feel the best I have going into a finals series in a long time, especially at this stage of the finals.

"I got to do a few weights I probably wouldn't have been able to do with the shorter turnarounds. Those little things this time of year really count – being able to pump out a full session of weights because I'm not sore.

"Now it's up to us as a group – 17 blokes playing near their best games on Saturday night – and I think we'll go OK."

The meeting of Friend and his opposite No.9 in Damien Cook is one the fans are relishing.

"Cameron [Smith] is still the benchmark in controlling a game but Cookie does a pretty fair job. I think he's a big reason why Souths have gone so well.

"His running game is pretty impressive and his speed helps that."

Trying to keep Cook quiet might be achievable but keeping the Rabbitohs fans silent won't be.

"I like the atmosphere this rivalry brings. You feel that as a player. Some call if a feud but I just call it a great buzz."

Young bucks ready to square off 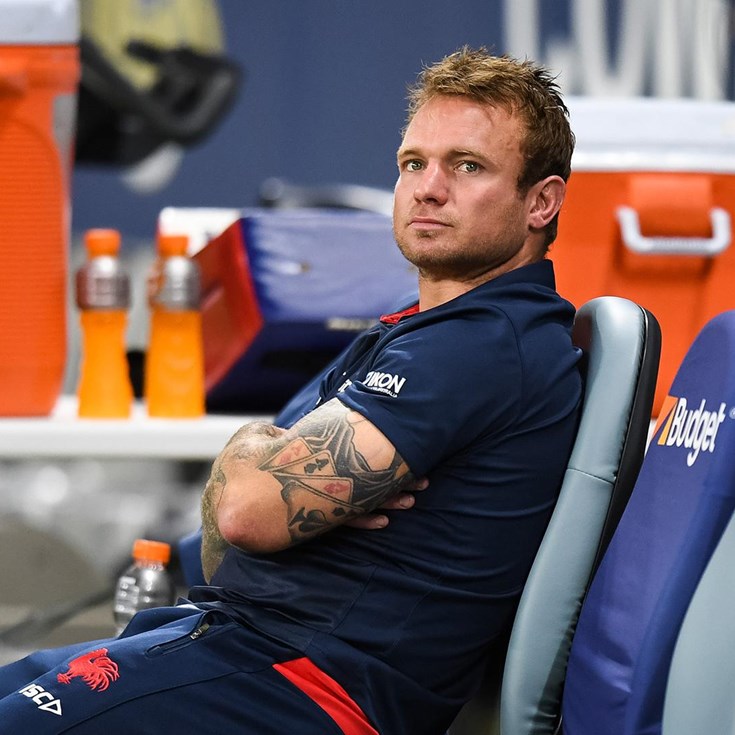