Manly skipper Daly Cherry-Evans credits coming in from the representative cold for Queensland this year as the key to his goal of regaining his Australian jersey after four long years.

The Manly skipper was named captain of the Prime Minister's XIII on Wednesday to face the PNG Kumuls in Port Moresby on October 6.

"Since I got the opportunity to play rep footy again through representing Queensland [Origin III in July] to try and make Australia was the next thing on the agenda," Cherry-Evans said.

And it seems it will be an armchair ride into the No.7 jersey because of an ongoing neck injury to Penrith skipper James Maloney.

Australia coach Mal Meninga told NRL.com last week that the halfback jersey for the two-Test tour to New Zealand next month was a two-man race between Cherry-Evans and Maloney following Cooper Cronk's retirement.

But on Wednesday as Prime Minister Scott Morrison named the PM's XIII squad, Meninga said he'd since been told Maloney was now unavailable due to a few niggling injuries.

For Cherry-Evans, he just wants the chance to wear the green-and-gold again.

"I'm really pleased to have that first opportunity to play in the Prime Minister's game to press my claims for the tour ahead."

Cherry-Evans said getting back into the Origin arena (his last game was in 2015) gave him hope that returning to the Kangaroos wasn't just a pipe dream.

He also played alongside incumbent Test five-eighth Cameron Munster in the Maroons team.

"I understand how much that [Origin] influences Australian selection these days. If you can play well at that level it certainly holds you in good stead for further rep honours in the Australian jersey."

It's also allowed a brighter light to shine over Cherry-Evans' season since his beloved Sea Eagles finished 15th with just seven wins from 24 games.

Cherry-Evans said he'd be happy to play anywhere in Meninga's Test line-up, even if it was off the bench.

"I'm not sure how the squad is going to be selected. But even if it's a larger squad I'd just be grateful to travel with the squad. I won't look too far ahead."

The 29-year-old can't see into Manly's future either. He said he had spoken with coach Trent Barrett earlier in the day to exchange a few ideas ahead of the PM's game.

Barrett's tenure at the Brookvale club was expected to end any day after round 25 finished, due to a breakdown in relations with club management.

"I wouldn't say I'm worried about it but every time it comes up, you've got to wonder how many weeks are going to pass before we find out what's going on.

"I hope whatever changes are made, if they're going to be made, they are done sooner rather than later just so we can move on as a club."

Barrett is contracted until July 2019, having exercised a get-out clause in his contract two months ago.

"I still have contact with Trent and dare say I'll have that throughout the rest of my career,' Cherry-Evans said.

"I've got a lot of time for him as a person and his footy brain is second to none. It would be naïve of me not to keep tapping into his resources." 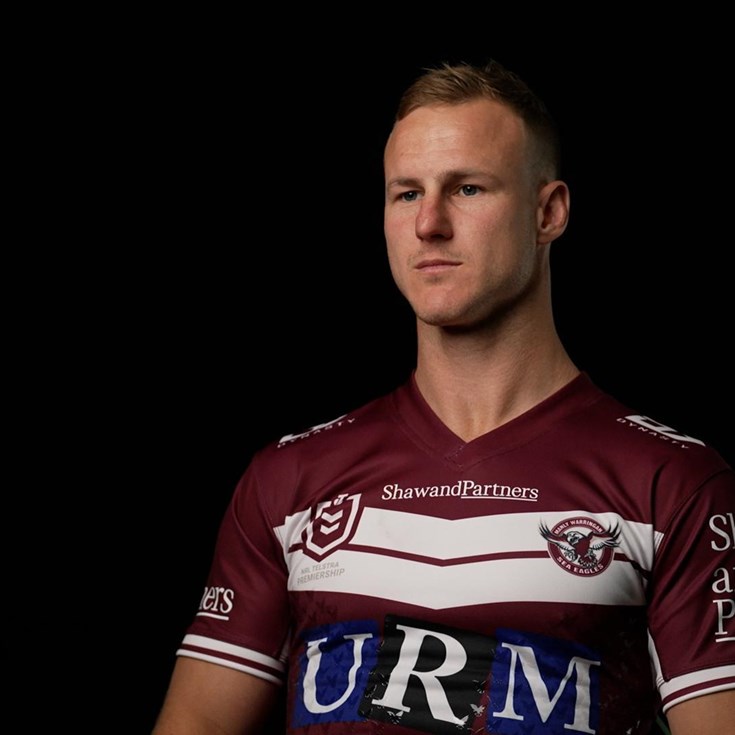 Meninga speaks on DCE's return to the green and gold

DCE in line for Kangaroos recall