Powerhouse Brisbane Broncos centre Amber Pilley has declared her intention to be known as "the female Greg Inglis" as she prepares for Sunday's NRLW grand final showdown with the Sydney Roosters at ANZ Stadium.

The proud Indigenous 20-year-old has been dynamic on Brisbane's left side in partnership with winger Julia Robinson and has made the most of being the final member of the Broncos women's squad to sign with the club after she starred for the Burleigh Bears in the SEQ women's premiership win.

Pilley has gone through a knee reconstruction, like Inglis did, and has represented the female Indigenous All Stars and the Inala Bears at Murri Carnivals in Queensland.

On and off the field, it is Inglis that has lit a fire in Pilley to be both an outstanding player and representative of her club and community.

"I've always looked up to Greg Inglis. I think he is an awesome person and player. On and off the field he does a lot for the community," Pilley said.

"He is well spoken and one of the best at what he does. I have always admired his fend. I think he's got one of the best fends in the whole game, and he has bounced back from injuries similar to what I've had.

"I had an ACL reconstruction so I admire all the things he's spoken about in regards to mental health as well. I think he awesome and I would love to known as the female Greg Inglis."

Pilley has certainly made the most of the chance to play with the Broncos which came late in the club's recruitment drive.

"I didn't even think I'd have an opportunity, being one of the last signings, to play a round game," she said.

"I have to thank my coach for pushing me to be in the side off the back of a good season with the Bears, and just being in the team now has changed my life.

"Every week I just do what I have been told, get in and have a few scoots and a few runs and back up Robbo (winger Julia Robinson)."

The Broncos beat the Roosters in the round two clash of the Holden Women's Premiership but Pilley said she was expecting a much improved opponent on Sunday.

"Their combination has changed and with Zahara [Temara] in the halves I think things can be very different," she said.

"They had a really good kicking game when they played the Dragons but I think we still haven't played our best game as a team."

Pilley spoke about maintaining the right mindset ahead of the grand final minutes before she boarded a plane for Sydney on Thursday with the team.

"Everyone is trying to treat it as another game. We've got a big week ahead of us with all the fan events and media stuff going on so we are trying to stay settled until Sunday," she said.

"It was history in the making to be named in the first ever Brisbane Broncos side but there is only going to be one team that gets to be the first grand final winners.

"It is 'how bad to do we want it?' and we want it so bad so I think we are all going to push for each other and lift for each other. It is an opportunity we don't want to miss."

The weekend Pilley plays at ANZ Stadium her idol Inglis will be playing for the Wall Street Warriors at the Koori Knockout in Dubbo.

"I think that is awesome that some of these young Indigenous boys play against their idols and get to make the most of their opportunity," Pilley said.

"Greg Inglis, Latrell Mitchell, the Fifitas… and George Rose has done it. It is really cool that these young boys get an opportunity to play against the people they watch on TV. It is inspiring to not just the boys, but to me as well and all the girls that lap it up around the community." 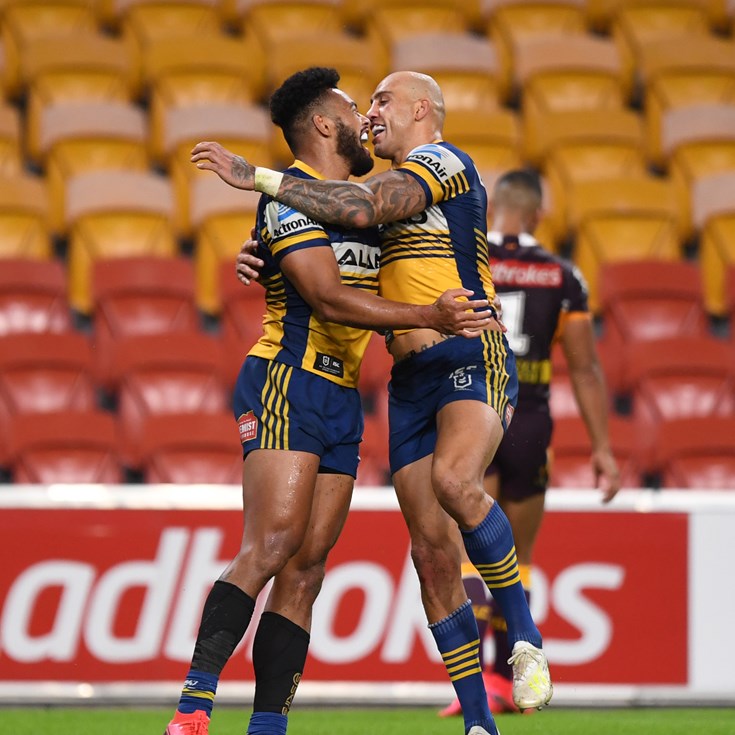 Lodge set to return from ACL tear via bench