An array of former Kangaroo champions in Sydney for their annual reunion have thrown their weight behind Melbourne Storm to become the first team since Brisbane in 1992-93 to win back-to-back premierships.

The presence of retiring fullback Billy Slater and the ongoing doubt over Cooper Cronk have swung the decider in the Storm's favour according to Sam Thaiday, who was part of the Broncos' 2006 premiership side which sent favourite son Shane Webcke out a winner.

"The Storm have the big game experience and they'll be fired up to send Billy out a winner," said Thaiday, who played 34 Tests for Australia between 2006-17.

"After all the emotion of the judiciary and getting the chance to play, Billy will be ready to give his all."

"They have the big game experience and they know how to grind out a game of footy," Hindmarsh said.

"The return of Latrell Mitchell is a key for the Roosters but if the Storm keep him quiet they will win."

Opinion was divided among the Kangaroo greats as to whether Cronk would take his place in the decider – but all agreed it would take a superhuman effort for the 34-year-old to defy the pain of a torn rotator cuff and take the field.

"Even if Cronk does play then the Roosters will have to put people around him and that will pull them out of shape," said Scott Hill.

"I had my share of shoulder injuries and if he has done a rotator cuff he won't play. You just lose too much strength. He'll be more of a hindrance than an asset.

"The Storm have come through the semis really well. They are not damaged and they are in pretty good shape.

"The Roosters defended well last week but Souths didn't throw much at them.

"Souths don't have blokes who make you think a bit differently but the Storm do with Smith, Slater, Munster and Kaufusi on an edge."

Former St George champion Billy Smith, who won four premierships during the Red V's golden reign, said the absence of Cronk would make the task too tough for the Roosters.

Also in Melbourne's corner were 45-Test hero Petero Civoniceva, who said the motivation of sending Slater out a winner would be huge for the Storm, and 1996 premiership-winning Manly enforcer Mark Carroll.

A man who knows plenty about playing through pain in a grand final, Craig Wing, tipped Cronk to make a miraculous recovery and land a couple of late field goals to secure the Roosters their 14th premiership.

"Cooper knows what to expect. They can't come with any more intensity than they do normally," said Wing, who required six painkilling needles in a broken hand to take his place in the Roosters' 2002 grand final win over the Warriors.

Wing backs Cronk to play through the pain 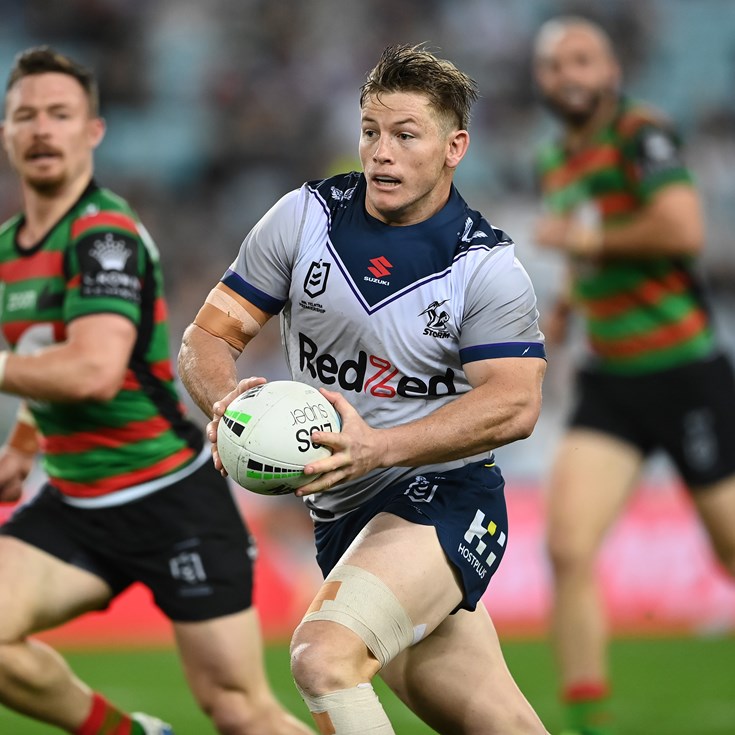