Melbourne Storm may have lost Sunday's NRL grand final, but club greats Billy Slater and Cameron Smith will still take something out of the year - statues of them will be placed at AAMI Park.

The 21-6 loss to the Sydney Roosters on Sunday brings down the curtain on a stellar career in disappointing fashion for Slater, while off-contract captain Cameron Smith's future remains clouded.

In response to last night's boos after his final game in the NRL, Slater said he understands the passion of rugby league supporters and playing interstate in Sydney.

"If Wally Lewis can cop boos, I'll be OK with it," said Slater.

"I would've loved to walk around the ground with the trophy one more time but I'm very grateful to have done that four times. As time goes on, I'll think about does more than this one."

The announcement of the statues for Slater and Smith did, however, provided a great postscript.

Slater's career comes to a close

"My kids will be able to grow up in this town and see what their dad's done in this game and state. I'm excited to see what it looks like."

Slater denied any motivation to strive for another premiership next year, despite Melbourne fans' chants of "one more year".

"I'm done, I'm done, it's my time," said Slater. "I have no doubt I could play another year but I've had my fair share of serious injuries and to be able to walk away from the game healthy and fit, I see it as a great opportunity and I've achieved everything I've set out to do.

"I'm looking forward to pursuing other things outside of the game. I have a horse breeding business I'm passionate about and few other things on the go.

"I'm looking forward to staying in the game but also pursuing some other things."

Although Slater's departure leaves incredibly large shoes to fill, he is confident the Storm's success will continue for the foreseeable future.

"We've had starting players moving on every year and the club continues to unearth young talent and bring other guys in.

"The wheel just doesn't stop turning for us. We've got a very professional system here from recruitment to the administration, coaching staff and playing group. If we're willing to work hard enough, they'll give themselves every chance to be there again."

As for whether Smith will play on next season, Slater predicted he will return to captain the Storm.

"I'd expect him to go on," said Slater. "I haven't spoken to him but that's my gut feeling. I think his intention is to go on. Whether that's changed, I'm not sure." 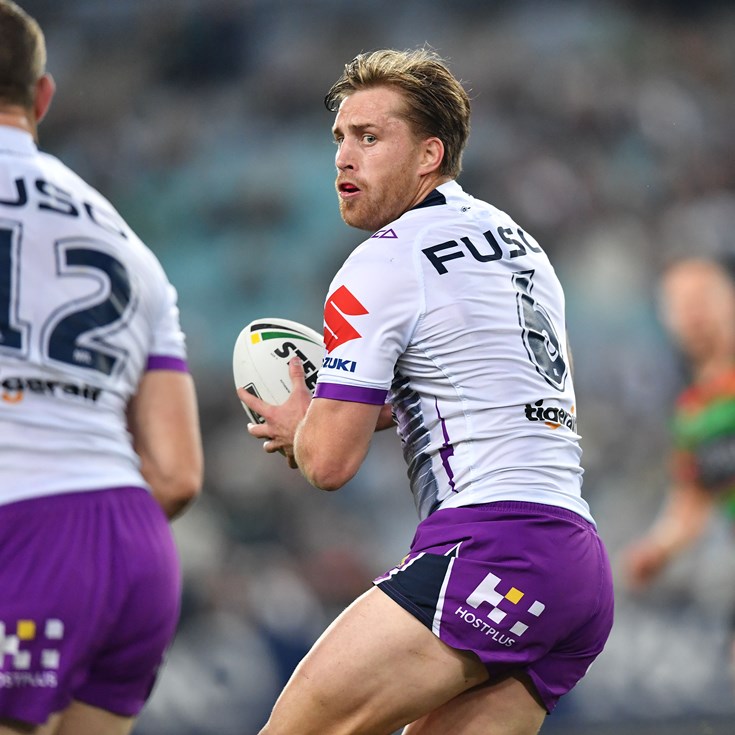 Smith on Slater "He didn't know if he'd play again"