Ali Brigginshaw will captain the Jillaroos on Saturday with the example set by women's rugby league legend Karyn Murphy to serve as her guiding light.

Brigginshaw, fresh from leading the Brisbane Broncos to the inaugural NRLW title, will captain the side against the Kiwi Ferns in Auckland after Sam Bremner pulled out of the tour with a broken toe.

Murphy, now an assistant coach with the Australian side, played 27 internationals for Australia in a stellar career and captained the Jillaroos 17 times. Brigginshaw played under her for both Australia and Queensland and said she was the captain she had learned the most from.

"I can't go past Karyn Murphy. She is a great leader and just having her here now she is helping me out and showing me how it works. I will always look up to her," Brigginshaw said.

"She doesn't necessarily talk too much, just leads by example on the field, which is something I plan to do. I am not the loudest talker but I will definitely lead the way on the field.

Apps excited to be back in Jillaroos camp

"We are good friends so anything I have doubts about I can ask her a question about how I can lead better. I have really modelled my game on her game."

Brigginshaw has done it all in the game but when coach Brad Donald had a chat to her in camp after Bremner pulled out she initially didn't know what news she was about to receive.

"Brad just pulled me aside as I was coming out of the lift and said 'I want to have a word with you'," Brigginshaw said.

"I wasn't sure what he was going to say but he said 'you have had a great year and I am excited to let you know you will be captaining the side'.

"It just felt really humbling that he was able to see how much hard work I have put in and how I can lead the team in my own way.

"Sammy is not there which is disappointing but I know I will go out and lead by example like she would and do her proud."

Brigginshaw, who expects to line up in the halves alongside Zahara Temara, said she was excited to see how the youngsters in the Jillaroos squad performed including Dragons 18-year-old Keeley Davis.

"Keeley will probably come in and take over a bit at nine or in the halves which is really exciting. I am looking forward to playing with her," Brigginshaw said.

"We have some young girls in the side and we need to go out and prove that whoever pulls on that jersey, we can get the job done.

"The Kiwis will be strong, they always are no matter who they have, but I just think it is exciting for us because we have a point to prove also."

Davis, who also has the job of looking after team mascot "Jill" for the tour's entirety, said just being around Brigginshaw was a thrill.

"It is absolutely amazing just having the likes of Ali Brigginshaw and Brittany [Breayley] on tour, just being around them and seeing their professionalism. They are people I really aspire to be like so it is great being around such legends of the game," she said.

"I have always looked up to Ali. At training, I have learned so much already off her and I am really looking forward to playing with her." 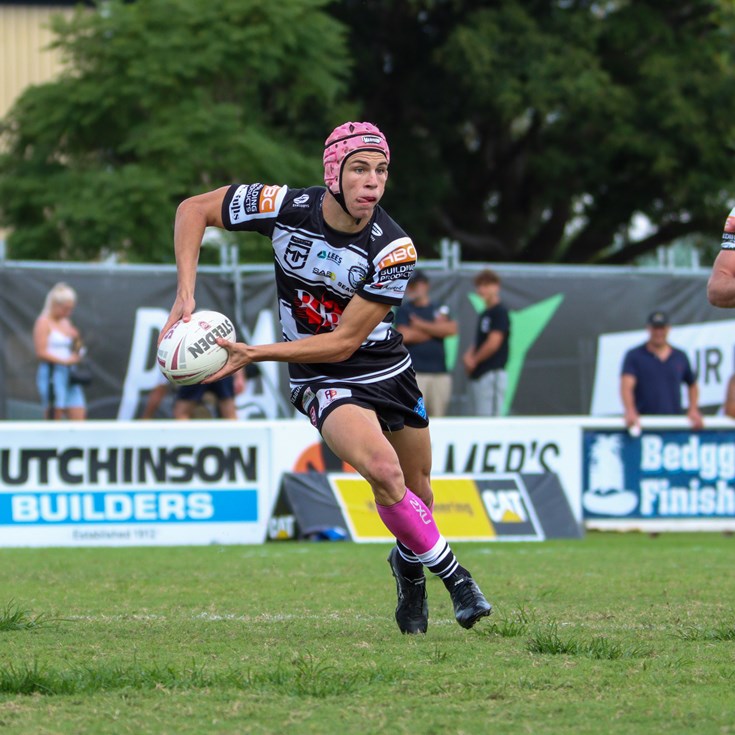 Who is the GOAT of women’s rugby league?