Melbourne coach Craig Bellamy says he's not frustrated that his two key players Cameron Smith and Cameron Munster have not been re-signed as he begins to prepare his side for the 2019 NRL season.

And Bellamy sees no problem in offering Smith a two-year deal despite the veteran hooker turning 36 next season.

Bellamy, who turned 60 in the off-season, returned to work on Monday for his 17th season of first grade coaching after a tour of Europe rugby and football clubs with Storm's long-time football manager Frank Ponissi.

"It's obviously taken a while. Hopefully it will be done soon," Bellamy told NRL.com.

"That's all up to the money men at our club now, so we'll see what happens."

But he denied there was anything more sinister in the hold-ups, such as length of the deal, or the costs involved. Some commentators said Smith, 35, had wanted two years but the Storm were not keen.

"If anyone has seen Cam's form, he's been outstanding. He's 35 but he seems to be the Benjamin Button of sport at the moment," Donaghy told the sports breakfast show.

Bellamy said he also had no issues with the veteran of 384 NRL games wanting to play on for a further two years.

The two-time premiership-winning coach also said Smith would not be playing at another club.

"He's going to be here next year. It's just a matter of sorting a couple of things out," Bellamy told NRL.com.

During last September's finals series Smith hinted at perhaps retiring if the Storm won back-to-back Telstra Premiership titles. He said it was tempting to walk off into the sunset with Billy Slater with another ring on their fingers. But the Storm lost to Trent Robinson's Sydney Roosters 21-6. 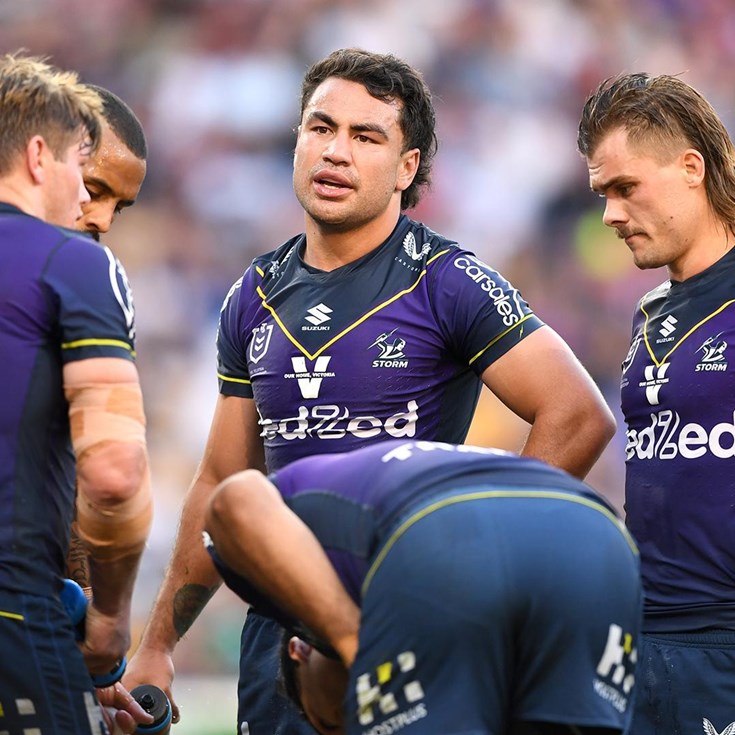 Munster continues to show he is a clutch performer