An appreciative Titans captain Ryan James is used to cleaning up around the ruck on the footy field but after three hours of hard yakka at Hoppy's Carwash he conceded that cleaning and washing cars for a living was a tougher gig.

James is one of 31 Titans players engaging in coach Garth Brennan's innovative work program at local Gold Coast businesses where for four days this week the players will toil away as regular employees.

The purpose of the program is essentially to get the players to appreciate their own lot in life and better understand the supporters and sponsors who spend their hard earned to watch the Titans play.

He may be the skipper but James was given no preferential treatment with his employment.

The 27-year-old has completed a business degree at Griffith University but all he has known since leaving Palm Beach Currumbin High is the world of a professional footy player.

After working for three hours on Monday he said it gave him pause to think about his own schedule as an NRL player, which includes training in the morning, lunch with his mates and afternoons of the best treatment money can buy.

"I was lucky enough to come straight out of school into first grade and to tell you the truth I have never worked a day in my life, so doing something like this makes you appreciate what you do have," James said after a stint at Hoppy's in Mermaid Waters.

James: We appreciate what we've got

"Here [at Hoppy's] you have to slog it out all day… so if you can do this here then on the field is not too hard. It is great for the club to give back to their sponsors and  to do something else besides footy."

Then one evening he was awake in the middle of the night and came up with a better idea.

"Instead of giving them the week off I thought 'how can we get more out of them off the field and give back to the community'," Brennan said.

The players will train in the evenings back at Titans HQ because Brennan said he also wanted the players to understand what bush footballers do every week and appreciate the privileged position they have.

Brennan hopes the benefits from the working week also translates onto the paddock.

"Next week when they are back at training if I ask them to do a little bit extra on the training paddock, they won't be whinging about it because they realise 'we've got it pretty good'," he said. 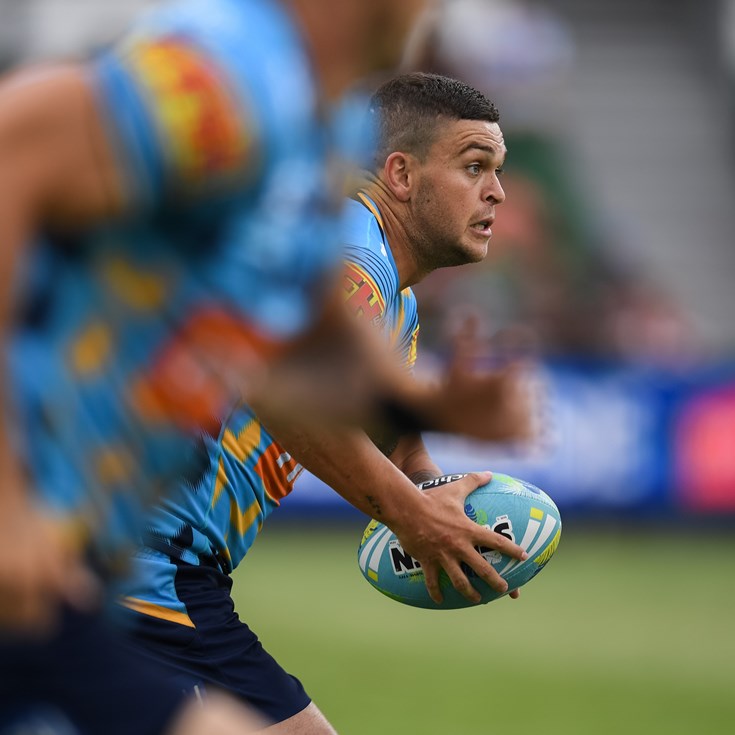