While he is only 24, Patrick Mago is feeling like the “old man” of the team, with the Brisbane Broncos naming a fresh-faced side for their opening trial game this weekend.

The Souths Logan and Broncos forward spoke to QRL Media about the exciting talent the Broncos have selected for the Saturday trial match in Warwick, including his Magpies club mates Tesi Niu and Thomas Flegler.

“Tesi is 17 still - he’s one of the Souths boys (and) he’s got a lot of talent that kid,” Mago told QRL Media during the Tuesday morning Broncos media session.

Having been part of the Magpies side that travelled up to Normanton last year for the Intrust Super Cup Country Week round, Mago said he enjoyed getting “out to the country” as it allowed people who normally don’t get the chance to see top flight rugby league.

"It's always good to get out to the country" - Patrick Mago 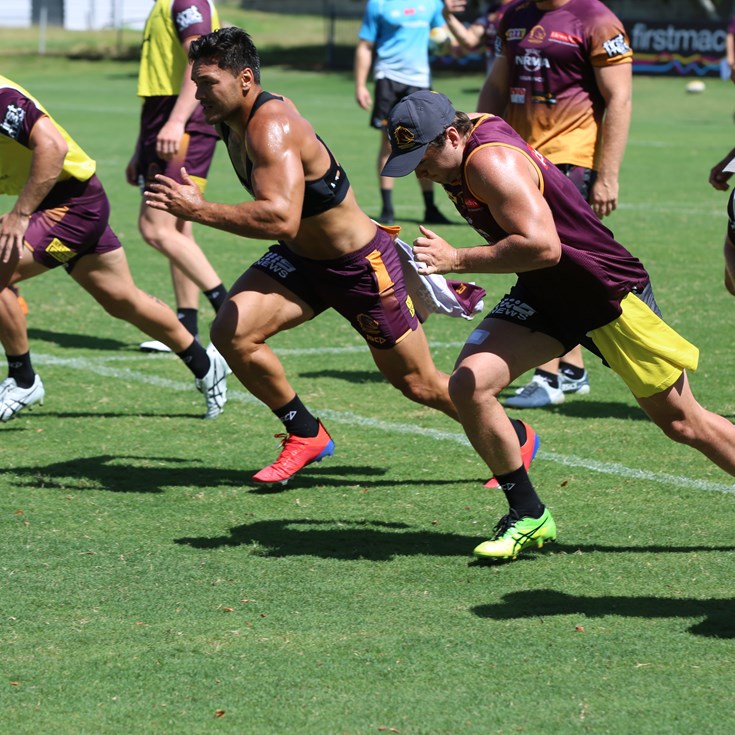 Young Broncos sweat up a storm

"It's always good to get out to the country" - Patrick Mago