Broncos prop Thomas Flegler took the advice of his idol Corey Parker to heart on Saturday night to deliver a performance that has put him right in the frame for the round one against Melbourne.

With fellow 19-year-old prop Payne Haas suspended for four rounds, the heat was on Flegler in the trial against Wynnum-Manly and he delivered in the 26-12 win.

The Broncos wanted Flegler to assert himself early and after being elevated to the starting line-up in Haas's absence he did exactly that, scoring a try and taking the ball forward with venom.

As a youth growing up in the Far North Queensland town of Tully the blond prop would watch clips of Broncos legend Corey Parker and was inspired to follow in his footsteps.

Parker has been assisting the forwards at Red Hill in a coaching capacity in what are known as "craft sessions" and Flegler has taken on board some "basic advice".

"He just said to run hard and tackle hard," Flegler said after the win over Wynnum.

"I loved watching him play for Queensland and for the Broncos. He's just a tough player. He comes in and takes us for craft days. It has been good chatting to him."

Parker added expansive ball skills to his game as he got older and Flegler unfurled a Parker-like offload in traffic in the first half to set flying centre Kotoni Staggs on a run.

Fleger is now on the cusp of realising his dream.

"Overall I was happy. Consistency is a big one for me. That is one of the main things I have to work on," he said of his performance

“I'd love to play NRL. I've always wanted to but there a lot of great players in the team and I am happy to wait my turn."

If given the chance in round one Flegler said he would be ready after fighting his way back from two shoulder reconstructions and an ankle injury suffered last year while playing with the Junior Kangaroos.

"I've had a few injuries over the last couple of years so I am keen to get a full season out this year. My ankle has been good so far."

"In the first 10 minutes he really made a big stamp on the game," Cross said.

"He was very strong and Patty Carrigan was good as well. There are a few guys chomping at the bit for that front-row position.”

Flegler is close friends with 21-year-old lock Carrigan and the duo are fighting it out to play NRL for the first time.

"Patty is really consistent week in and week out. There is not too much between his best game and his worst game so that is one of the main things I take away from his game," Flegler said.

Anthony Seibold has previously praised Flegler's training ethic and the prop said he had embraced the new Brisbane coach's methods.

"It is pretty intense. I like Seibold as a coach and I get a lot of his training sessions. I'm loving it," he said.

Cross said the Broncos committed too many errors against Wynnum-Manly and still had a lot to work on.

The game was centre Jack Bird's first for 287 days after the former Sharks star's 2018 campaign was ruined by injuries.

"He could have been better in a few little areas," Cross said.

"I was happy with his efforts." 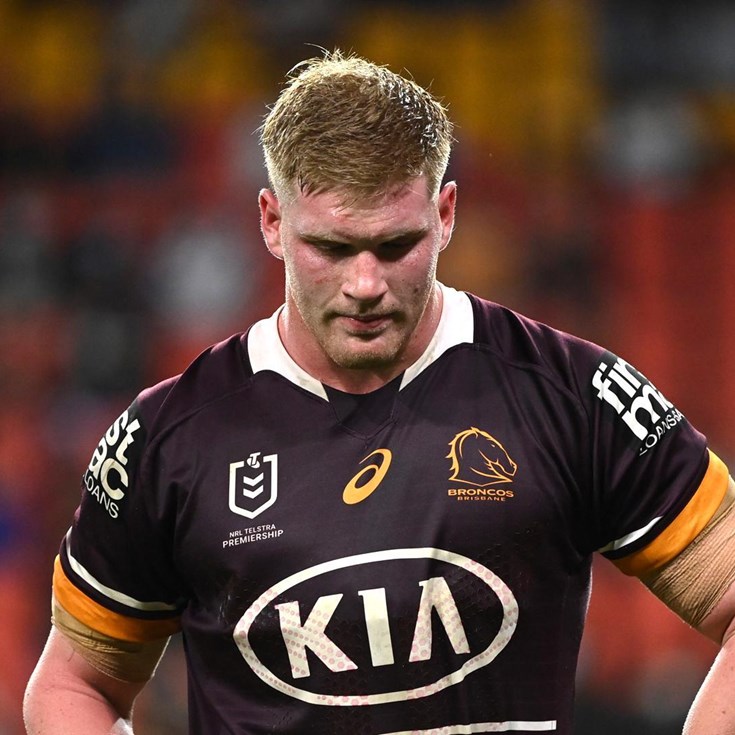 Why Flegler is 'the ultimate banana bender'