Have you ever seen joy up close?

You would say that it looks a lot like Brayden Duffy’s face did when he recounted what it felt like to represent the Queensland Murri side in their comeback win.

What made the game so special for him was the fact that only days earlier – he was lucky to still be in camp, let alone in the squad, having strained his adductor having pushed himself too hard in a training session.

However, when there is hope – combined with a lot of hard work – sometime things just work out.

“To get on there, after a week of watching, it’s just great,” an excited Brayden told QRL Media after the game.

“To be with the boys – I have never felt better to be honest.”

It’s a rugby league cliché – but getting Brayden on the field to star for the Murri side where he set up one try and scored one of his own was a team effort, with experienced Queensland Murri Under 16 team head trainer Ron Tasker helping Brayden every step of the way to get his injury right in order for him to play.

“Ron, he was amazing,” Brayden said.

"He never gave up on me, and I didn't give up on him. We got through it together, it was great."

(Watch the full interview with Brayden below)

However, Tasker gave all the credit to Brayden, who “did everything that was asked of him” in order to put himself in a position to play.

“I have got to say, he deserves all the credit – he wanted to do it, he was motivated to do it, he did everything that was asked of him to do,” the CQ Capras Hastings Deering Colts and Auswide Bank Mal Meninga Cup head trainer said.

“I am biased, but he was my player of the match.”

For Tasker, the reward of the weekend was seeing all the young players make the most of the opportunity, with Brayden’s recovery capping off a fantastic week in camp.

And while he always had hope that the young Rockhampton junior player would have the chance to feature in the match – he only knew for certain when coach Keiron Lander subbed him on in the early stages of the first half.

“When he ran on – that’s when I thought ‘he might be alright here’,” Tasker admitted.

“After that first run he had, when he ran down the sideline and he stepped inside that kid, I thought well, there’s no problem there.”

While they both celebrated the win – Tasker knows that the difficult part will now start for Brayden who will have to work hard on his rehab.

“I guess the hard yards are for him now ... with euphoria and adrenaline (he) was all okay; but now ... it’s really important that he continues to do the rehab.

“But If he takes that attitude (that he showed in camp) into anything he does – he’s talking about maybe being a physio or a teacher or an electrician – I think if he knuckles down he can do it.” 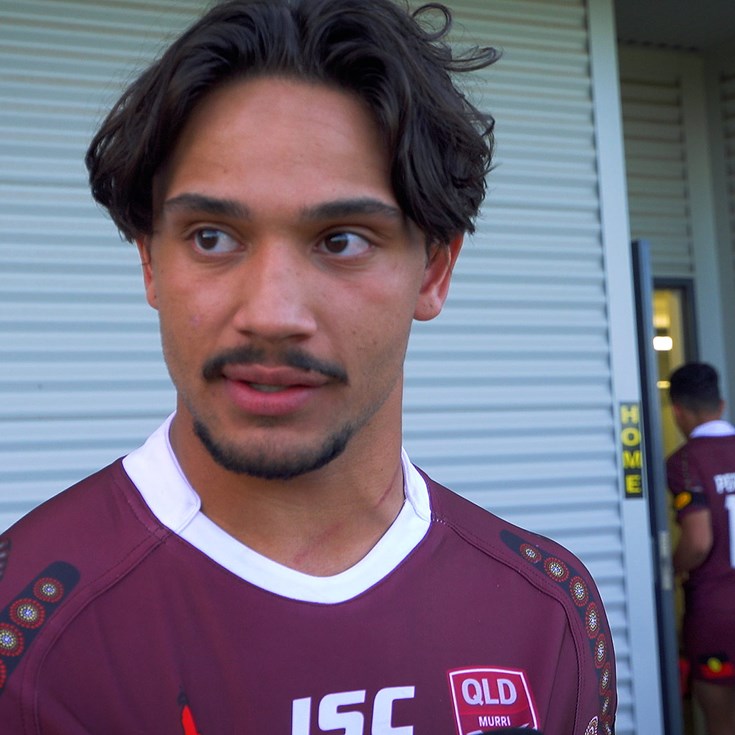 Man of the match: Keanu Wright-Dunrobin

Lander: Trusting your preparation pays off