Brisbane are determined to keep off-contract forward Tevita Pangai jnr at the club long term but won’t get into a bidding war for his services for several reasons.

If Pangai is offered a big-money deal - potentially around the $1 million per season ballpark - by another club, the Broncos will shake his hand and wish him all the best, as they did to former halfback Ben Hunt when he secured a lucrative contract over six years at the Dragons.

The Hunt case is instructive because what it virtually did was inflate halves salaries across the board.

Brisbane have rigid parameters around what they will pay for players in certain positions and have no intention of outlaying "overs" for Pangai and getting themselves into a salary cap mess as other clubs have.

Pangai had discussions with Newcastle last year before inking a one-year extension and there are reports the Roosters are preparing to table a mega-deal. The Broncos are aware of that possibility, and regard the Roosters as their greatest potential threat to keeping the Tongan international.

The Broncos want to keep Pangai and his desire to stay is a good starting point for any negotiation.

Asides from his obvious ability and potential, it is clear why Brisbane don’t want to lose him when considering the age of their middle forward rotation.

The three middle forwards the Broncos lost in the off-season -  Sam Thaiday (retired), Josh McGuire (Cowboys) and Korbin Sims (Dragons) – had played  a combined tally of more than 600 first-grade games.

Pangai, at 23 and with a mere 57 NRL games to his credit, is one of Brisbane's most experienced starting middles. The other two – Matt Lodge (38 NRL games) and Joe Ofahengaue (73 NRL games)  - are the same age.

While the Broncos would rather be "too young" than "too old" as a collective, their desire is that those three forwards stick around and become long-term leaders up front.

There are several commentators who have stated their belief that Pangai is worth $1 million per season. The Broncos do not subscribe to that view.

Pangai has the capacity to tear a side apart, as he did against the Cowboys in round two this year, but has proven to be inconsistent. The gap between his best and worst game still needs to be narrowed.

To his credit, he does not what to be known as an X-factor forward who makes an impact in limited minutes. He wants to establish himself as a Sam Burgess-style of forward who can be relied on to play big minutes and to shine week-in and week-out throughout the season, and in the ultimate challenge of finals football.

Last year Pangai averaged 50 minutes per game, as opposed to Burgess’s 70 minutes. Pangai averaged 112m last year in his first full season as an NRL player. Burgess has been running for between 142m and 178m for his last five completed seasons at the Rabbitohs.

Playing into Brisbane’s favour in retaining Pangai is he is managed by Isaac Moses who has a long-standing relationship with Broncos head of football Peter Nolan.

Moses-contracted players – McGuire and  Jordan Kahu – have recently left the club but with the Broncos' blessing. The Pangai negotiation is different because Nolan will solely be aiming to facilitate his retention.

Brisbane coach Anthony Seibold last week said contract negotiations were on hold but would be ramped up later this month.

Get caught up: Round 3

Over the years Brisbane's premiership winning teams have boasted the likes of Andrew Gee, Shane Webcke and Petero Civoniceva up front. Webcke led the training ethic at Red Hill for a decade with his not-negotiable approach to giving his all every minute of every session. He was as menacing on the training paddock as he was in a game.

The Broncos want Pangai to become such a figure and will do everything within their power to keep him, but paying him $1 million a season won’t be on their agenda even if another club comes in with such an offer. 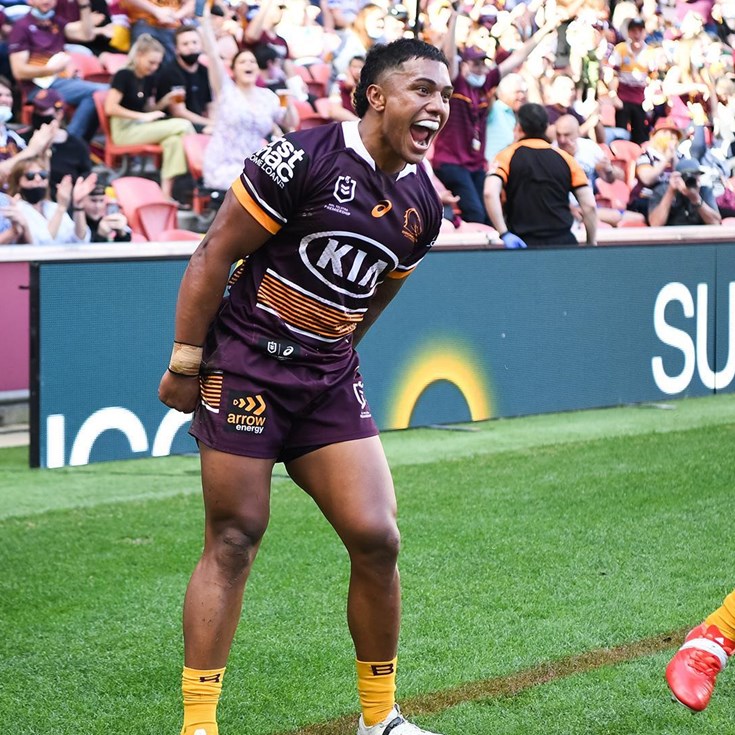