There's no shame in losing to the Melbourne Storm, but the Panthers barely even fired a shot in last week's humbling at Bathurst.

They didn't offer much offensive variation against arguably the NRL's supreme defensive side and Ivan Cleary should've had a few more plans up his sleeve at half-time after it became apparent what they were doing wasn't working.

But it's only found four and time is on Cleary's side for now.

After turning heads with two straight wins to start the season, the Tigers didn't turn up against the Bulldogs and paid the price.

Friday night's meeting at Panthers Stadium is a toss-up.

Panthers: In a late change, Frank Winterstein will start the match in the seconf-row with the returning Viliame Kikau (knee) to come off the interchange bench. Liam Martin and Malakai Watene-Zelezniak were the two players left out an hour before kick-off. Josh Mansour has overcome an AC joint injury. Isaah Yeo will play following concussion issues. Tim Grant and utility half Jarome Luai were omitted from the team at the 24-hour mark. Dallin Watene-Zelezniak will play his 100th NRL game.

Wests Tigers: Matt Eisenhuth moves from the reserves list and onto the interchange bench. Paul Momirovski and Chris McQueen were the two players dropped an hour from game time. Luke Garner will play despite a shoulder injury suffered in last Sunday's loss to the Bulldogs. Thomas Mikaele was dropped on Thursday. Michael Maguire holds a 6-1 record coaching against Ivan Cleary.

The playmakers will feature prominently in this clash, particularly opposing five-eighths James Maloney and the returning Josh Reynolds. Maloney is renowned for bouncing back with a big game after a loss, while Reynolds has a chance to re-establish himself as a first-grade regular.

Conditions weren't ideal at Bathurst on Saturday night but it was the same for both teams and the Panthers didn't aim up. They need to cut down the mistakes (17 against Melbourne) and avoid a repeat of their horrible 58% completion rate.

Moses Mybe and Luke Brooks will be keen to make up for ordinary performances last weekend, as will a few other players. Defensively, the Tigers should borrow from the Storm playbook and try to frustrate the Panthers out of the game.

A lot of attention on Ivan Cleary. On the bus. Off the bus. Back on the bus. Both teams were bad in round three. For Penrith, it is about Nathan Cleary getting some game control. Let’s see some shape from Penrith. For the Tigers, I imagine their forwards will reply after the serving they got last week. Pride usually dictates that will happen. They also need to start scoring tries that aren’t from kicks. Panthers by 2

Dylan Edwards has more negative plays (8) than any NRL player, while Maloney leads the line engaged category (29) and is converting goal attempts at a perfect 100%.

Ivan Cleary gives little away with his words and rarely changes his expression, so it'll be hard to tell if he'll be nervous about facing his former team for the first time or treating it like any other game. Bottom line, Cleary knows it's all about wins and losses, but you'd have to think this game carries a little extra meaning. 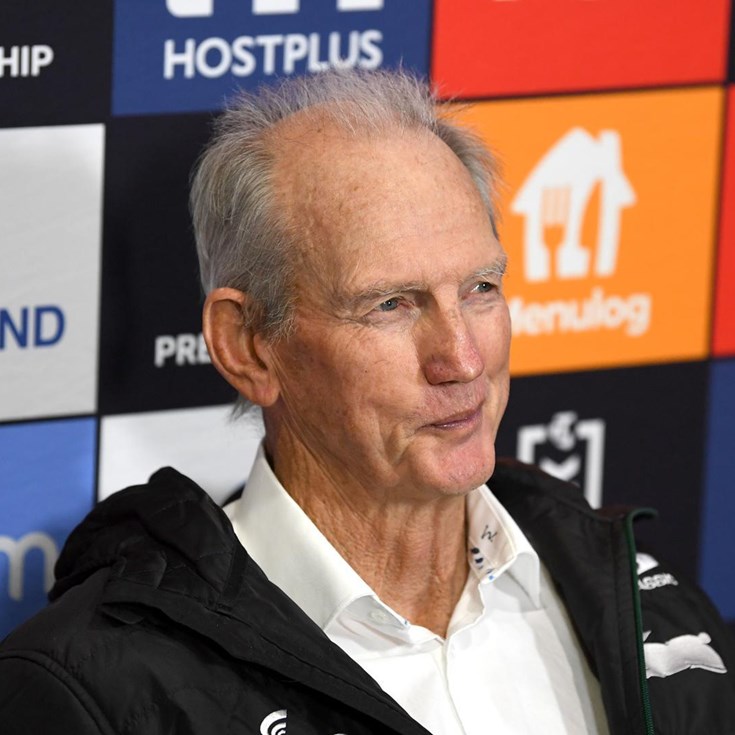