The Warriors have made amends for an embarrassing loss to Manly last week by outclassing a lacklustre Titans outfit 26-10 at Mt Smart Stadium on Friday night.

Reigning Dally M Medalist Roger Tuivasa-Sheck was at his brilliant best and Blake Green called the shots in style as the Warriors turned a 12-point half-time lead into a morale-boosting 16-point win.

After conceding 80 points in their last two games, the Warriors showed significant improvement in their defensive efforts to keep the Gold Coast scoreless for an hour but coach Stephen Kearney will be disappointed they allowed the Titans a sniff with two tries in quick succession.

The visitors had plenty of chances to score more points, especially in the first half, but appeared to get stage fright at times inside the attacking 20.

A crisp cut-put pass from Green set up the opening try, with Peta Hiku getting on the end of it and weaving his way to the line, before debutant Chanel Harris-Tavita converted.

After a considerable break in scoring – where both sides blew opportunities – the Warriors eventually settled for a penalty goal after Moeaki Fotuaika was put on report for a hit on Green as he was kicking.

A penalty marched the hosts down field on the next set and they capitalised through David Fusitu'a, who scored his try of the season in athletic fashion to give the Warriors a 12-0 lead at the break.

Another Harris-Tavita penalty made it 14-0 got things underway in the second spell before Tuivasa-Sheck left three Titans defenders grasping at thin air on his way to a trademark try in the 50th minute.

Trailing 20-0 heading into the final quarter of the match, the Titans needed some magic and promptly got it via their two wingers.

First Dale Copley took it upon himself to fend and twist his way over the line from close range, before Brian Kelly found Anthony Don with an offload that left him with just enough space to propel himself into the corner.

A powerful carry from Tohu Harris, which saw him break three tackles on his way to the line, ended any fears of a late Warriors capitulation.

That try with nine minutes to play also handed Harris-Tavita his first try assist on the big stage, which he then followed up with a sideline conversion to cap a successful debut.

The Titans sit last and have scored just 36 points in four matches as they prepare to host Penrith in round five.

The Warriors head to Queensland for the first time in 2019 to take on South Sydney at Sunshine Coast Stadium. 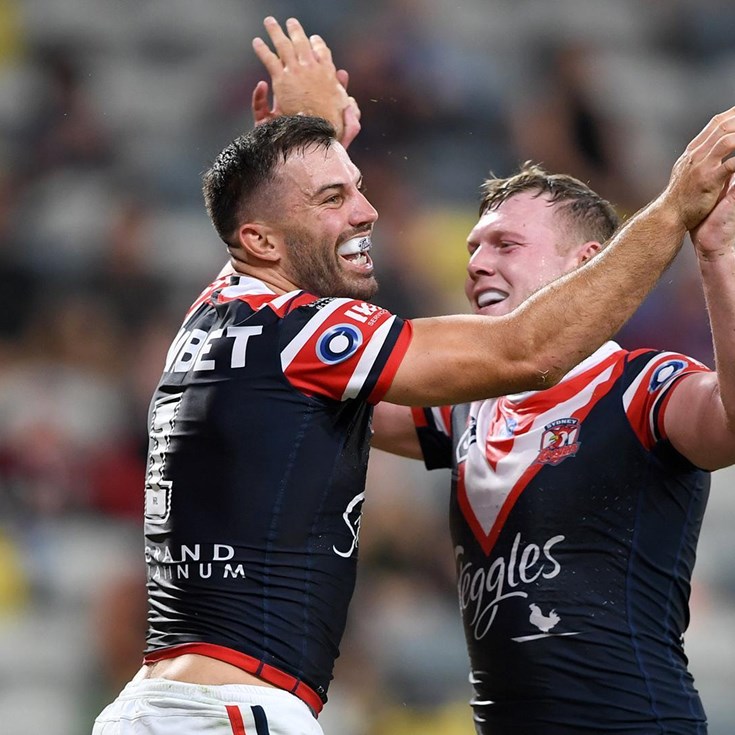