Korbin Sims is expected to miss up to eight weeks after breaking his arm during the Dragons' 13-12 golden point win over Newcastle on Sunday night.

Sims took to Instagram on Monday, posting a photo of his x-ray and saying: "Thanks everyone for the messages and sorry if I haven't got back to you all. Surgery soon and then on the mend."

He also commented that he will now have matching metal plates in each arm.

After breaking his arm during the match, Sims remained on the field for a further 15 minutes despite being in obvious discomfort.

In just his second game back from the suspension that delayed his start to the season, Sims suffered the injury in a regulation hit-up.

Sims suffered the injury in the 25th minute - just four minutes after entering the game - and played out the first half despite being in obvious discomfort.

The former Knights and Broncos forward was replaced at half-time and left the ground with his left arm in a sling.

"We're not having too much luck there. It looks like he's broke his arm," coach Paul McGregor said after the match.

McGregor: Korbin wanted to stay out there

"Coming from our medical staff, they weren't sure how bad it was and certainly Korbin was displaying to the medical staff that he’d like to stay there and try to work through it.

"Then at half-time, the doctor had a look at it … and the choice was made that he’s not to return to the field."

"Korbin Sims suffered a broken forearm in the Dragons' win over the Newcastle Knights on Sunday afternoon," Pickworth said.

"Korbin will undergo surgery on Monday afternoon to stabilise the fracture; his return to play will be approximately six to eight weeks." 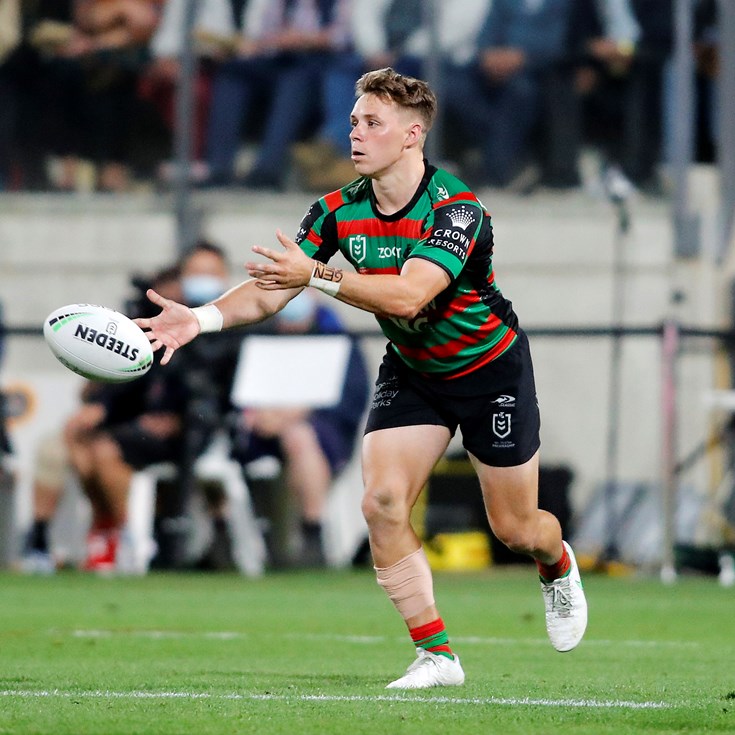