The majority of Daly Cherry-Evans' teammates didn't know it was their skipper's 200th NRL game this weekend. But they do now and they are thinking up ways to celebrate.

The obvious is stringing together a hat-trick of victories, adding the Knights on Saturday at McDonald Jones Stadium to the Rabbitohs and Warriors.

But there are other ideas in the suggestion box.

"He gets a special jersey but as a playing group we just might make him skoll a beer at the end of the game," said back-rower Jack Gosiewski.

"He's playing such good footy at the moment. Knowing him I can tell he won't want to make a big deal of it.

"But deep down footy is everything to him so it would be a massive thing for him. If we do win then we'll all remember it forever."

Addin Fonua-Blake thought Cherry-Evans looked too young to be 200 games-old.

"I didn't know that.. wow… hopefully we don't win by a field goal but win by 30 for him," the prop said, referring to the captain's golden-point field goal from 40 metres out to beat South Sydney 13-12.

"We'll have a few beers with him… he's a big part of our team. He steers the ship and he's done a a lot for us this year. He keeps us all under control."

Centre Brad Parker remembers a conversation he had with his halfback, when he came into the first grade team in 2016.

"He told me his goal was to get 200 for Manly – stay with the one club. I think it's a massive achievement and he's done it," Parker said.

"I actually didn't know it had come around because he's never brought it up this week. I heard it from someone else.

"That's the kind of guy he is. He won't want any celebrations – he'll take it as another game."

Forward Corey Waddell was equally in the dark.

"I didn't actually know that… but I'm sure we'll now do something to make it special. Can you fit 200 candles on a cake?

"He will be modest about it but it's a pretty big milestone in your career. It says a lot about him that he's so humble about it," Waddell said.

"That finish last Saturday was pretty awesome. It's pretty great we've got a halfback that can do that for us."

The head coach is thinking along the same lines.

"Yes it's 200 games for Cherry and it's amazing accomplishment, particularly when you think it's all at the one club," Des Hasler said.

"He's been able to sustain such a high level of consistency in his game. He's proved time and time again when it comes to those big moments in games, he's the player that can get sides across the line.

"Just the way he thinks about the game, the way he works at his game. He works incredibly hard off the field and always been a great example to players coming through.

"All those attributes contribute to longevity." 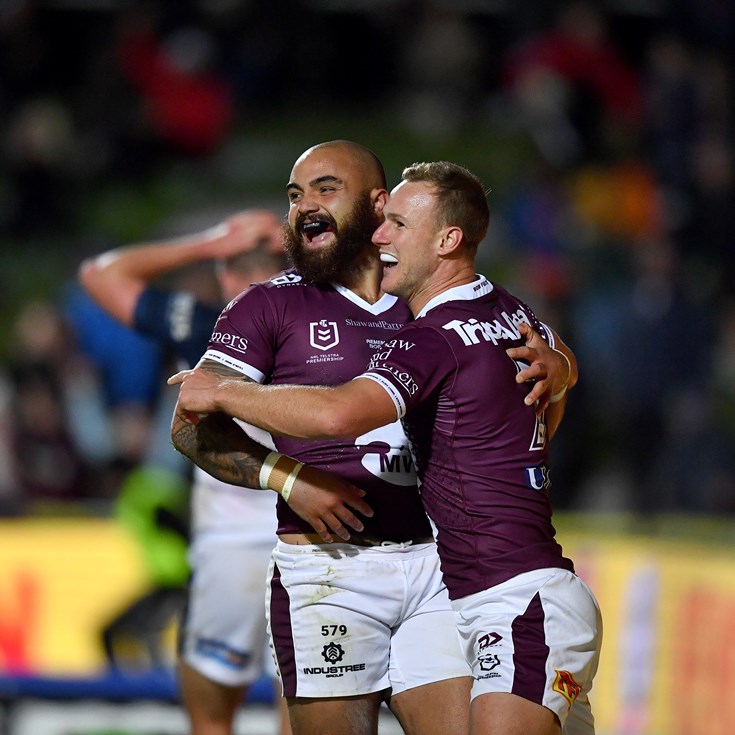 Breakout season built on back of injury adversity: DCE

'I might be crazy enough': Cherry-Evans keen on coaching