Mal Meninga says he was lucky enough to coach Greg Inglis in both Australia and Queensland teams but there is one regret looking back on the 32-year-old's glittering career.

While Inglis proudly led the Maroons in the 2018 Holden State of Origin series once Cameron Smith retired from representative football, he never captained his  beloved Kangaroos due to a drink-driving infringement.

"Not captaining his country when he had the opportunity to do it would probably be his only regret," Meninga told NRL.com.

"In saying that, Greg learned some good lessons out of that. And that's what he's like – he owns up to mistakes and comes out better for it.

"One of the best things about Greg is how he has handled adversity in his life, both on and off the footy field," said Meninga, who had nominated Inglis as his Test captain for games against New Zealand and Tonga last October.

"He came into the game with a big reputation of having a bright future. He handled that notoriety and fame really well.

"He's had his ups and downs but the way he learned his lesson, and he learned them pretty quick, tells me how good he is for the game."

Although he missed out on one of the game’s great honours, Meninga says there will always be a place for a player of the calibre of Inglis in future Kangaroos camps as a mentor.

"I've always maintained with the teams that I've been involved with, all those great players that we've had, I'd love for them to leave their legacy and come back to either the Queensland program or the Kangaroos and make a difference amongst them,” said Meninga.

"They've been such great people and role models, they understand the culture that we're trying to instigate and they should be part of it. I want them to be part of it.”

Meninga takes great pride in being one of only a handful of coaches to have Inglis under their watch.

The pair were vital to Queensland's eight-year run of success between 2006-13 and Inglis remains Origin's highest tryscorer with 18.

"He was excellent to coach. He had a sense of fun about him. You could always tell when he was 'on' and when he was not," Meninga said.

"He couldn't hide his emotions. He was always honest and open and that's a good thing because you could read him like a book. And that to me made him easy to coach. He was low-maintenance.

"He was always easy to approach and have a conversation with."

That trait was uppermost in Inglis' dealings with fans and the indigenous community.

"That was one of the things I loved most about him – how he handled people," Meninga said.

"He was always patient and gracious. He never changed, Greg. He always had great strength of character and humility.

"And he was still assured and confident in his own ability as a player and as a person.

So what's something we don't know about Greg Inglis' career?

"I think everyone knows he wasn't a very good  trainer," Meninga smiled.

"Him and Hodgo [Justin Hodges]… they were such great mates and had the same training philosophy: 'We didn't care how well we trained, it was how well we played'."

Maroons coach Kevin Walters said Inglis' presence on the field set him apart from his contemporaries.

“He was one of the guys, a bit like Mal, who was just a very imposing person on the field," Walters said.

“Not only did he have the presence, but he had a lot of class about what he did.

“And then when he was captain last year, he went to another level again, trying to lift his team.” 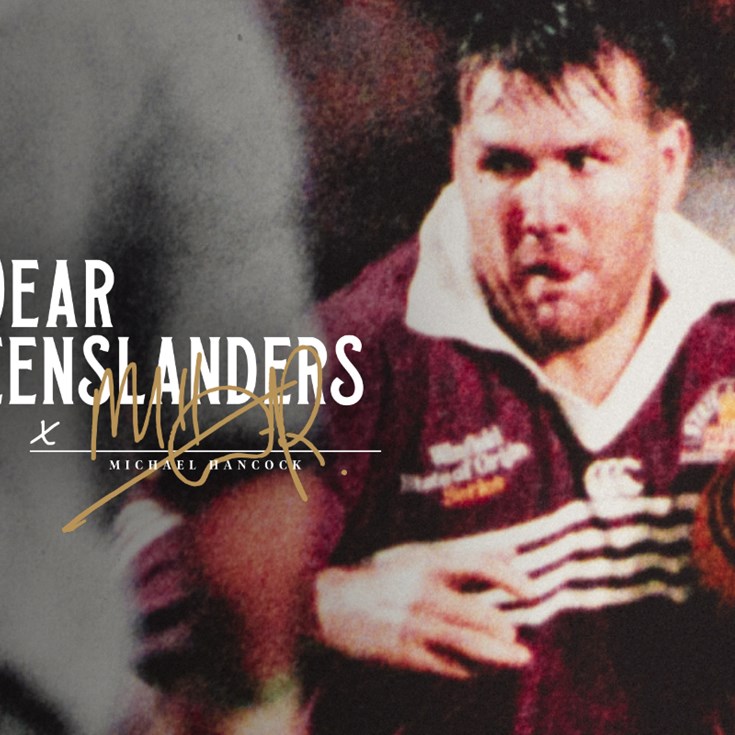 'I don’t think there’s too many things I didn’t get hit by... coins, oranges, bottles of water, cans'

How Inglis grew from gifted athlete to Beetson-type leader

Why deadly Greg Inglis is a genuine icon of the game