The Redcliffe Dolphins found some form in the final Intrust Super Cup game of Round 7; securing a comprehensive 26-6 win over the Tweed Seagulls to post their second win of the season.

In a stop-start game punctuated by penalties – especially in the first half – the Dolphins played well; but were assisted by a Seagulls side who struggled to find any fluency throughout the match.

Their struggles started from the first moments of the match when five-eighth Christian Hazard – who previously played with the Dolphins – kicked out on the full to end the first set.

From there, the side were on the back foot; forced to work hard in defence when frustration saw them give up any forward momentum due to poor handling and poor discipline.

Things were also no helped with their skipper and workhorse Cheyne Whitelaw playing no further part in the game after a sickening head clash with Izaia Perese within the first 10 minutes of the match.

However, the Phins looked committed from the get-go and were off to a great start at home, scoring in the fourth minute when Jake Turpin ducked his way over underneath the right-hand upright.

Bryce Donovan slotted the easy conversion and helped his side go further in front only moments later thanks to a penalty goal.

Their next score, a try, was a collaborative effort – with the ball going through the hands in a nice exchange of backline passing; with Jedidiah Simbiken touching the ball down just inside the in-goal.

Paix got his name on the scoreboard with three minutes left in the half after a Tweed error just 10m out from their own line gifted the Dolphins a scrum.

It was an impressive effort from the Broncos-contracted half, who got the ball, put on a left-foot step, dummied, then stumbled in his run before correcting his course and crashing over.

Donovan took his time with the conversion, but it went over with no issues – giving his side an unassailable 18-0 lead at halftime.

While it was an improved effort from the visitors in the second half – they were only able to break through for the one try; an unconventional one at that with prop forward Jarrod Moffett showing some pace to run in after picking up a Redcliffe knock on which came after a Ryley Jacks high kick proved too hard to handle.

While the Dolphins were afforded less cheap ball from their opposition, they still made sure they were alert to their opportunities.

Their final try of the match came in the 60th minute after an Ethan Roberts intercept attempt went wrong; with Paix running in to scoop it up; with his pass to the trailing Taylor Brown setting him up for a four-pointer.

While Paix was awarded the Hastings Deering Man of the Match award; an argument could be made for hooker Turpin, who was involved in everything both in attack and defence especially early in the match; or former Queensland Reds convert Perese who proved a handful throughout.

For the Seagulls, winger Talor Walters again showed his worth to the side; while hooker Jack Cook and Lamar Liolevave, playing in his more customary role as a backrower, put in plenty of work, despite some errors.

Next weekend, the Dolphins will be aiming to build on their momentum and upset the Easts Tigers at Langlands Park on Saturday.

The Seagulls will again play on Sunday and will host the Ipswich Jets at Piggabeen Sports Complex. 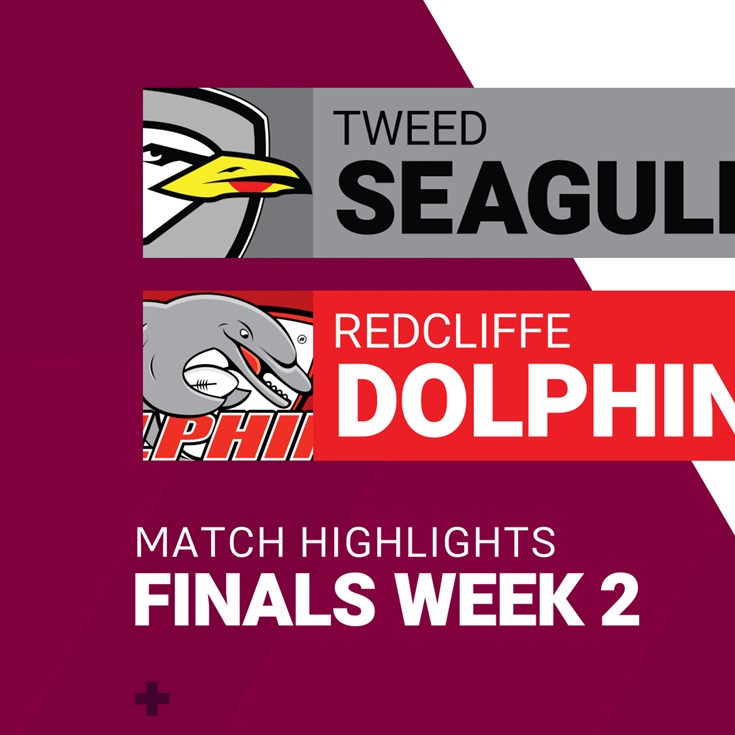