Melbourne coach Craig Bellamy has warned his players that unless they show the character Storm teams are renowned for, he will find new ones.

Bellamy delivered the blunt message at the post-match press conference and in the dressing rooms at PointsBet Stadium after an undermanned Cronulla team turned in a near-perfect second half to stun the Storm 20-18.

Admitting that Melbourne's controversial 13-12 escape against the Warriors on Anzac Day had masked concerns about the way the team was performing, Bellamy questioned whether the current outfit had the championship qualities of previous Storm sides.

"They out-manoeuvred us, they out-everythinged us in that second half. It was very disappointing from us.

"It doesn't matter who you play against, where you play them you know you are going to get a tough game in the NRL.

"That's one thing I think we have been pretty strong at over the years but the last couple of weeks I am starting to doubt that this group has got that and they had better find it or I will be finding some new players.

"If I have to go and find some young blokes and put them in I will do it. There are lot of players in that team at the moment who have got a lot of points up so there will be a couple tapped on the shoulder this week and told, 'hey, you need to improve'."

They out-manoeuvred us, they out-everythinged us in that second half

The Storm have been regularly mentioned as the team most capable of stopping Sydney Roosters winning back-to-back grand finals after winning six of their opening seven matches.

However, Bellamy said they had fallen away since starting the season well and admitted: "We have been lucky to win a few to be quite honest".

Like the Warriors last week, the Sharks were missing some of their biggest stars due to injury but rookies Kyle Flanagan, Briton Nikora and Bronson Xerri outplayed their more experienced Storm opponents.

After leading 12-6, Melbourne conceded a try just before halftime and were never in the game in the second term.

A late try to interchange forward Ryan Papenhuyzen, who Bellamy singled out from praise, gave the Storm an opportunity to again claim a late victory but he said they did not deserve to win.

"That was crap in the second half, from us, and they took real advantage of it. They played virtually a perfect second half," Bellamy said.

"We were right in that game in the first 25 or 30 minutes and then we just let go and we couldn’t grab it back after that.

"I am not sure if we would have been more embarrassed by our performance losing or if we had won. They were two steps ahead of us in the second half. 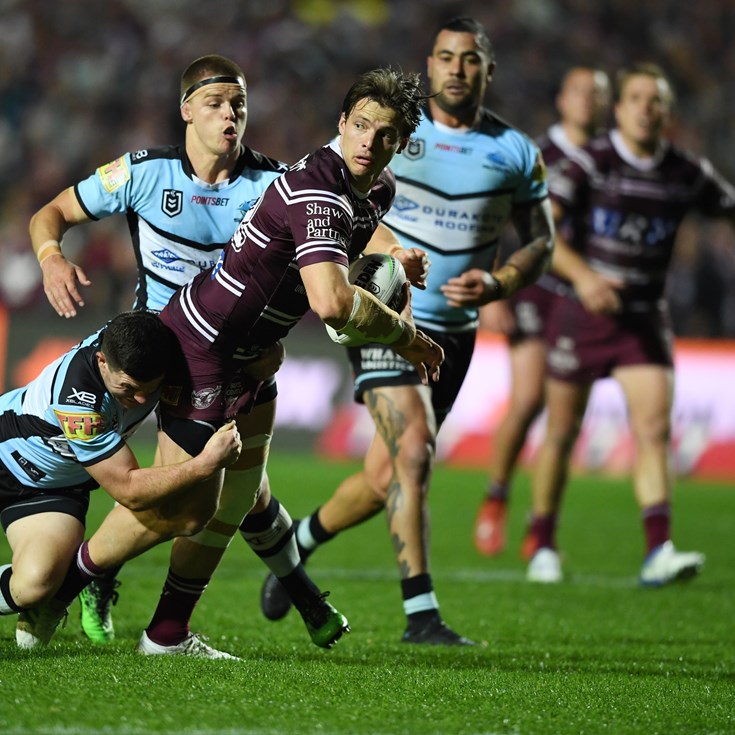 Baby Sharks come of age in brave win over Melbourne