The XXXX Queensland Residents team is determined to come away with a win against New South Wales at Dolphin Stadium on Sunday, and captain Josh Cleeland reckons the team is the right one to get the job done.

"I think we'll go good... we're looking strong out there. The boys are really putting in the hard work," Cleeland said during camp on the Gold Coast this week.

The 27-year-old said the team was determined not to see a repeat of last year, when New South Wales toppled Queensland 36-20 at ANZ Stadium in Sydney.

The Ipswich Jets playmaker - a "born and bred Ipswich boy" - said he was very excited to be playing in his first XXXX Queensland Residents team and even more excited to run out as captain.

"I'm quite over the moon actually," Cleeland said.

"I got the phone call asking if I wanted to join the team and obviously I said yes mate... I couldn't believe it.

"It was an unbelievable feeling coming into camp and getting around the boys - it's an honour.

"You grow up wanting to play footy, and play for your state, and all that. To be captain for that is an unbelievable feeling and I can't wait to get out there and rip in with the boys."

Cleeland, who spent time at the Cronulla Sharks and Canterbury Bankstown Bulldogs, said he had a "pretty casual" approach to footy.

"I'm not really a hot head or anything... I just like the game. I like playing the game and competing," Cleeland said.

"I just like hanging around the boys and getting involved."

Cleeland, who will be supported in his leadership role by Townsville Blackhawks' Corey Jensen as vice-captain, said despite changes to the team early in the week, he was confident Queensland would finish on top Sunday.

"It's always hard you know a week in, trying to learn different players, and play as a team with people who hardly know each other, but the boys are actually getting in and having a red hot crack at it," Cleeland said.

"I've played with (New South Wales players) Morgan Harper and Renouf Toomaga at the Dogs and Connor Tracey at the Sharks, and you get to know the boys when you play against them week in, week out, so there's a few guys there that I know  and yeah, ready to play against, so yeah, looking forward to it.

"It's a special occasion too... it's Mother's Day so pretty much all the mums are going to be there supporting. I think it's going to be a lovely day." 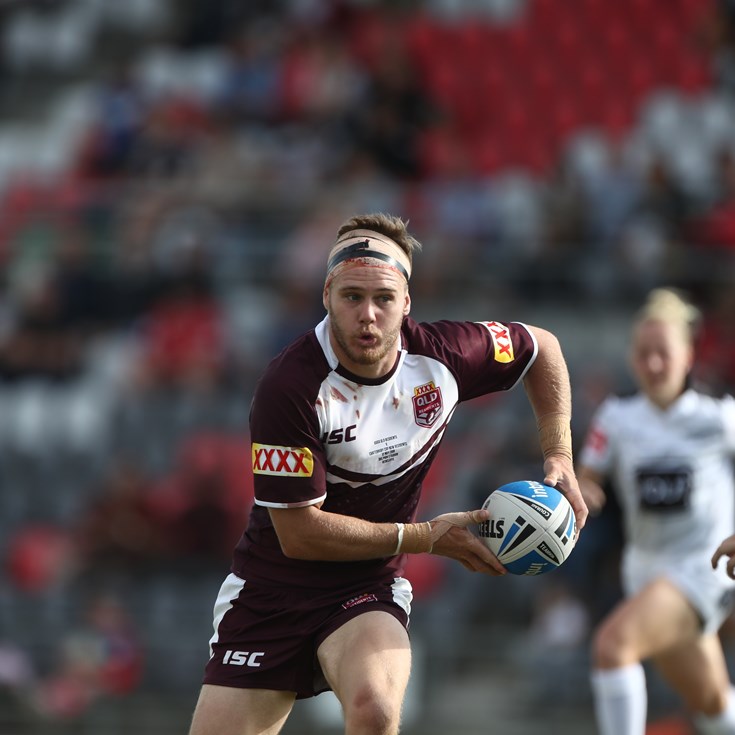