Sorren Owens (pictured above second from right) from Mornington Island loves rugby league and as a humble volunteer, works tirelessly behind the scenes to keep the game alive and well in the remote communities.

He helped start the Battle of the Gulf competition and at any given time, he is involved in all aspects of the game, including coaching, refereeing, sports trainer, and travel agent.

Owens, who is passionate about Indigenous communities, grew up and lived in Normanton all his life until a year and a half ago, when he moved to the remote community of Mornington Island, which has a population of approximately 2000 to 3000 people.

He has been working for eight months at Gidgee Health as a community liaison officer and through his work, hopes to improve lives of Indigenous people and make a difference.

After moving to Mornington Island, Owens said he had seen firsthand the disadvantages of living in remote areas and the challenges.

He first worked in Normanton as a sport and recreation officer and he completed an apprenticeship to become a qualified diesel fitter. He said it was through those two avenues he re-educated himself and is always looking to learn.

Owens also worked as a health worker with North West Remote Health in Normanton for two years where he ran the local men's group and did a lot of great work around domestic violence.

In 2003, he started Normanton Stingers, and in 2018 after four years of planning developed, the Battle of Gulf competition.

Through his involvement in rugby league, he has seen firsthand how the game has helped his family and said he wanted to create the same opportunities for all teams who take part in the competition.

"I stress to players it's not just about rugby league and winning, but being able to turn up and participate in the game is a huge win in itself," he said.

"There is a lot of cost involved just for the cluster teams to play in Normanton each month.

"These funds are raised through fundraising, small community grants, but mainly with generous sponsorship but the community is very supportive."

Owens said since the four regions had become involved, they had worked hard with local police on strict player behaviour on and off the grounds, health checks and encouraging players to become involved in all facets of the game such as refereeing.

"Rugby league is about creating learning opportunities for future generations by providing a healthy lifestyle with education as a priority, so maybe in 10-15 years we may see young stars from these remote communities coming through."

The remote town of Normanton has produced a number of sporting stars such as Davin Crampton and Nicholas Casey (Northern Pride) who first gained a passion for game after watching his family during training sessions with Normanton Stingers.

The Cameron brothers, Jarrod and Charlie, who formerly lived in Mornington Island have gone on to have successful professional AFL careers.

Charlie (featured in action below) is in his fifth season and is playing for the Lions, while Jarrod is in his first year with West Coast.

"These boys have shown anything can be achieved with lots of effort and family sacrifice," Owens said.

National Volunteer Week is the annual celebration to acknowledge the generous contribution of our nation’s volunteers.

From May 20–26, 2019, thousands of events will be held across the country to say thank you to the 6 million Australians who volunteer their time.

Queensland Rugby League will highlight some of the great contributions of volunteers from across the state - keep an eye on QRL.com.au for more stories. 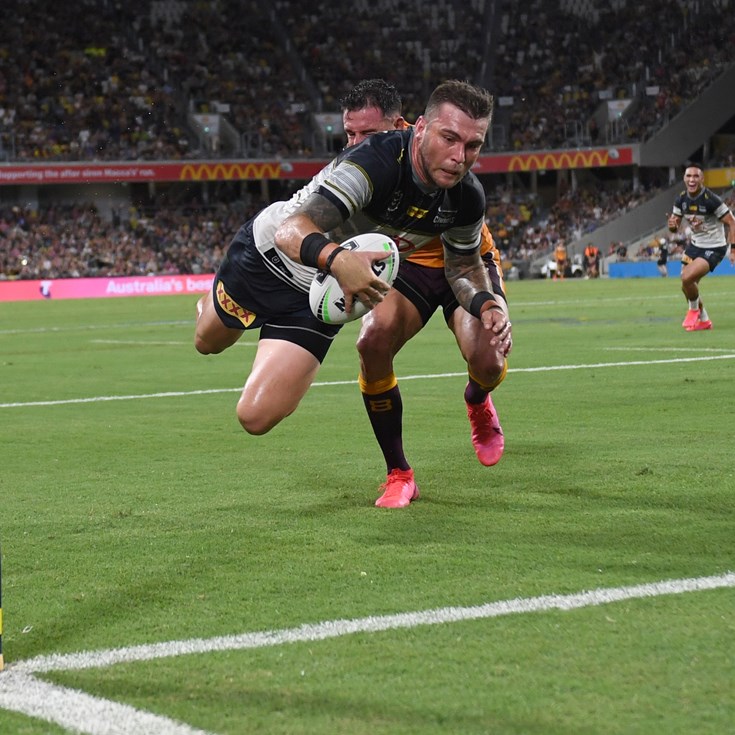 As voted by you: Best Cup winger in 25 years