Queensland halfback Ali Brigginshaw says a rematch at North Sydney Oval shapes as the perfect opportunity for the Maroons to get one back over their interstate rivals in the second Holden Women's State of Origin on June 21.

The women's fixture was officially launched on Wednesday for a consecutive season at the historical venue with Brigginshaw and captain Karina Brown determined to lead the side and rewrite the history books following a 16-10 loss in the inaugural women's game under the State of Origin banner.

Last year's standalone fixture saw a crowd of nearly 7000 attend the event, while TV ratings hit close to one million viewers. But the Maroons went home to the sunshine state in a bittersweet mood after suffering defeat.

"It brings back good and bad memories, you never want to lose whatever sport you play but being out on this field in the moment with that game, that was an amazing feeling," Brigginshaw told NRL.com.

"It's still a game I think about a lot. I put the loss at the back of my mind and prefer to focus on this years. I know NSW will think they can be a bit better and certainly we in Queensland know we can perform a lot better.

"I think everything will be that much better this year – players' talents have got better, there's more fans, bigger hits and we'll all be that little bit better for the experience."

The Maroons agreed over the summer to play the interstate rematch in enemy territory again and are expected to be boosted by the selections of veteran props Stephanie Hancock and Heather Ballinger for another season.

Ballinger retired from the Jillaroos' set-up last season but is expected to play for Queensland Country in next week's Harvey Norman National Championships to stake her claims for the Origin fixture.

Hancock has brushed aside retirement for at least another year to pull on the Maroons jersey again in 2019.

Queensland are coached by former Maroons forward Jason Hetherington, while the women are hopeful to have Allan Langer and Trevor Gillmeister in their stable for the evening.

Hetherington will need to find replacements for Maitua Feterika and Rona Peters from last year's team with the pair ruled out of representing Queensland due to their international allegiances with New Zealand.

Broncos winger Julia Robinson has also been ruled out of the rest of the season after undergoing leg and ankle surgery.

"I know Julia didn't play for us last year but she would've debuted this year. She was in great form and it's devastating news for her," Brown told NRL.com.

"It is a big blow for us but it just opens the door for some of our up and coming players. Amber Pilley has been playing some great footy and I don't think we'll lose too much there. We've got options." 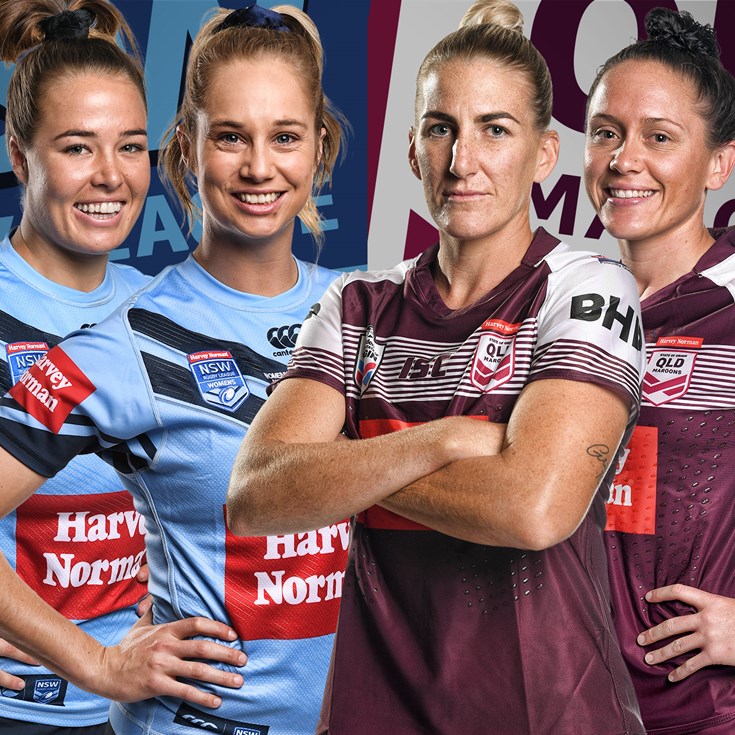