The Ipswich Jets have cemented their position in the Intrust Super Cup’s top eight by overcoming the Mackay Cutters in chilly conditions at BB Print Stadium.

Two scoring blitzes from Ipswich before - both halftime and fulltime - proved the difference in the see-sawing contest; the Jets coming from behind twice to pick up the crucial 34-20 victory.

Both teams struggled in the opening stages with handling issues as they adapted to the cool conditions, but it was Mackay who opened the scoring through a Carlin Anderson penalty goal.

A costly drop of the ball from Ipswich on their own try line allowed the Cutters to extend their lead to six points when Yamba Bowie crossed out wide off the back of a long cut-out pass.

After a glut of possession inside the Mackay red-zone the Jets eventually cracked the willing home defence to level the game, with Blake Lenehan crashing through tired tackling to score adjacent the posts.

The Jets doubled their money a short time later off the back of Mackay’s ill-discipline. Josh Seage slipped through the Cutters defence to get his name on the scoreboard, before Jayden Connors scored Ipswich’s third try on the stroke of halftime as he raced away off a short-ball to score under the posts, giving the visitors a 10-point halftime lead.

Mackay were to strike first in the second stanza after Ipswich spilled the ball coming out of danger. Reuben Cotter darted over the line, off the back of the scrum win to close the gap to four.

Anderson brought the hosts back level after latching onto a pinpoint grubber kick to the in-goal, before Bowie scored his second try of the night off an almost identical play to put the Cutters back in front.

The hosts’ advantage evaporated quickly however, as Josh Cleeland made a Mackay defender miss through the middle of the park, racing away and linking up with Marmin Barba, who went in under the posts.

Soft tackling up the middle of the ruck again gave Ipswich's Billy McConnachie a run to the line to give the Jets a buffer, before the visitors iced the game out on the left edge with Rogan Dean slipping past the Cutters' defence on the overlap, to consolidate the 14-point win.

“We were a little bit passive tonight,” Cutters coach Steve Sheppard lamented post-game. “Ipswich played their style of football, we didn’t execute defensively and they won the key moments. We played right into their hands.”

“I was happy how we prepared, and I thought we were good for small periods of the game, but we lacked consistency. There were some 50/50 moments that had they bounced the other way it might have been a different game.

"There’s a lot of stats in football, and usually if you win the possession stat you win the game, and they certainly got that tonight.” 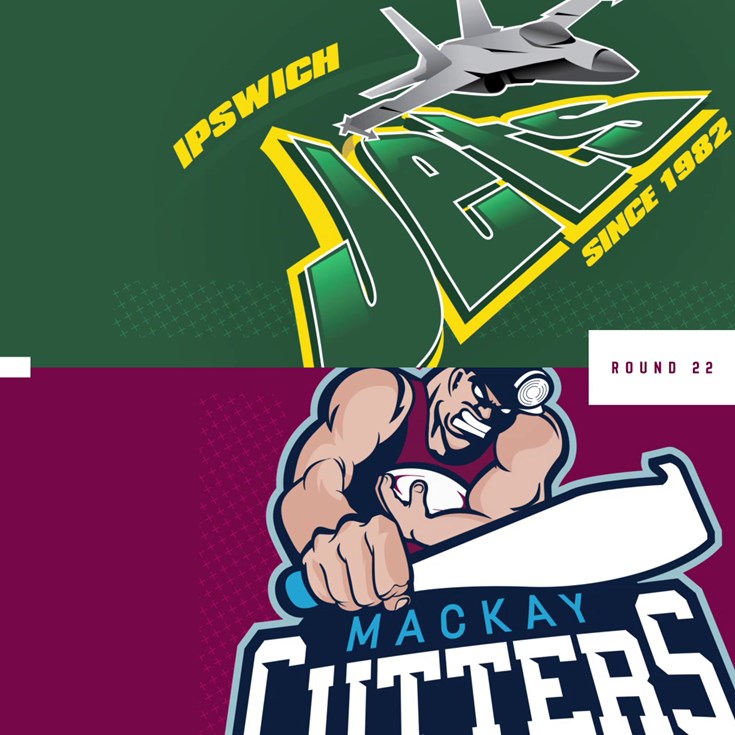