Two of the game’s greatest Australian Jillaroos players have had medals named in their honour, with an official announcement made at the opening dinner of the 2019 NRL Harvey Norman Women’s Championship on the Gold Coast.

The Jillaroos most capped player, Tahnee Norris, was honoured with a medal in her name, which will be awarded to the Women’s Championship player of the tournament moving forward.

The first ever Jillaroos player, Nat Dwyer, will have a medal in her name awarded to the player of the match in the Under 18s Queensland v New South Wales game to be played at North Sydney Oval on June 21.

Current Jillaroos coach and NRL Elite Programs Manager Brad Donald paid tribute to both players and said those competing across the Championship were aware of just how much both former Jillaroos players had done to improve and increase the profile of women’s rugby league.

"Tahnee and Nat are pioneers of our women’s game and are absolute heroes to female players, past and present,” Donald said.

“They played in an era when women’s rugby league received little recognition and support, but they persevered, carved out incredible playing legacies and have gone on to continue to promote the game they love – rugby league.

“This is a special moment in the history of women’s rugby league and the significance of both medals was not lost on the players participating as part of the Championship when they found out last night.”

Norris, who is the current coach of the premiership-winning Burleigh Bears team in the SEQ Women’s Division 1 competition, was thrilled with the news.

“It’s an absolute honour, I absolutely love this game, and it’s done so much for me,” she said while speaking at the All Teams dinner.

“When Brad rang me about it, I actually got off the phone and I was in tears.

“I feel exactly the same as Tahnee, it’s such a great honour,” Dwyer said.

“I suppose it’s a recognition for all the years I played rugby league.

“I have got family, and it’s also something I’ll be able to show them when they get a bit older.”

“Tournaments like this Championship would not be possible without the likes of Tahnee and Nat,” Ms Slater said.

“Both former Jillaroos players have coached or mentored many players competing at this year’s Championship and I know that they have had a significant impact in propelling many of our current Jillaroos, Origin and Premiership players to new heights in their game.

“This is a well-deserved recognition and it was great to have Tahnee and Nat with us at the opening dinner of the Championship last night, to honour them in person.”

Matches are live streamed on QRL.com.au, NRL.com, with the final two matches of the Championship (on Sunday) broadcast live on Fox League. 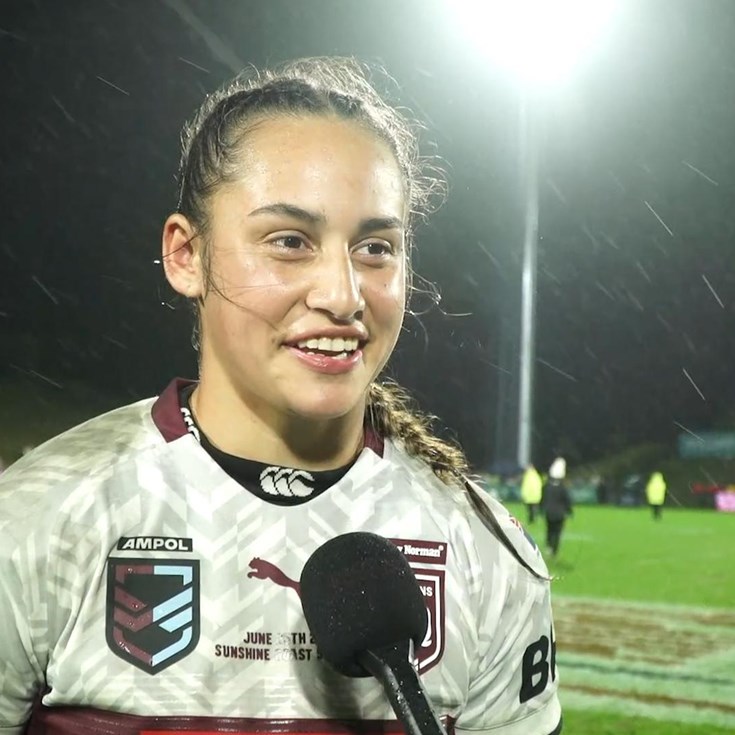 ‘My heart was beating out of my chest’ – Norris

‘That was one tough game’ – Lauren Brown