England forward John Bateman helped get Canberra’s season back on track against Canterbury at ANZ Stadium on Saturday night after flying 17,000 kilometres to make an early comeback from a fractured eye-socket.

Bateman, who had not been due to return for another month after suffering the injury in a collision with Penrith’s Viliame Kikau in Wagga four weeks ago, scored a try in an inspirational performance as the Raiders hung on win 12-10.

Canberra had not won a game in his absence and after watching last weekend’s loss to North Queensland from the north of England, where he had gone to visit family after undergoing surgery, Bateman phoned coach Ricky Stuart and declared he would play against the Bulldogs.

He was cleared by a specialist after returning to Canberra mid-week and Raiders staff said they noticed an immediate lift in the spirits of teammates when he arrived at training.

Remarkably, Bateman played the full 80 minutes and finished with 113 running metres from 11 carries of the ball and 32 tackles.

The only downside to the Raiders' first win in four weeks was forward Hudson Young being placed on report for dangerous contact with the face of Canterbury prop Aiden Tolman after an alleged eye gouge.

The Bulldogs were a different team in the second half after a horror start to the match in which second-rower Raymond Faitala-Mariner and hooker Jeremy Marshall-King turned over possession in their team’s opening two sets.

Bateman back with a bang

When prop Ofahiki Ogden lost the ball in a tackle it was Canterbury’s third error in just 10 minutes and the Raiders were always likely to punish them.

Prop Dunamis Lui had a try disallowed in the 12th minute after second-rower Elliott Whitehead leapt above Bulldogs centre Marcelo Montoya to bat the ball back from a Sam Williams kick but referee Grant Atkins ruled it had been knocked on.

The Raiders persevered with the tactic and were again denied after Croker climbed above his centre opposite Marcelo Montoya only for winger Bailey Simonsson to knock on.

Rookie centre Sebastian Kris was finally awarded a try in the 24th minute after winger Michael Oldfield outleapt Montoya for a cross-field bomb by Williams.

Bateman then showed his soccer skills and willpower to score three minutes later after backing up a break by hooker Siliva Havili from an offload by Hudson Young near halfway.

Havili’s pass to Bateman was knocked down by Smith but the Englishman toed the ball ahead and dived to touch down in the corner with his right hand just beating Simonsson to the ball.

Cogger gets through on the right

He almost scored in the set of tackles following the restart and had he done so it would have almost certainly extinguished any hope Canterbury had, but the Raiders went to the break with a 10-0 lead and the Bulldogs forced their way back into game after the interval.

Desperate defence twice denied Canterbury winger Christian Crichton in the opening exchanges of the second half but Canberra were unable to hold out halfback Jack Cogger in the 59th minute after he beat Croker and rolled over into the in-goal area in a cover tackle by Bateman to ground the ball.

Montoya then finished off a movement in which Cogger, five-eighth Kieran Foran and fullback Nick Meaney combined to again send Crichton racing down the sideline and he passed inside for the Fiji centre to score and level the scores at 10-10 in the 63rd minute.

However, the game turned on two 70th minute strips – the first a one-on-one effort by Croker on Smith and the second by Canterbury forward Adam Elliott on the next tackle, which incurred a penalty within easy kicking range for Croker after Ogden joined the tackle on Corey Horsburgh. 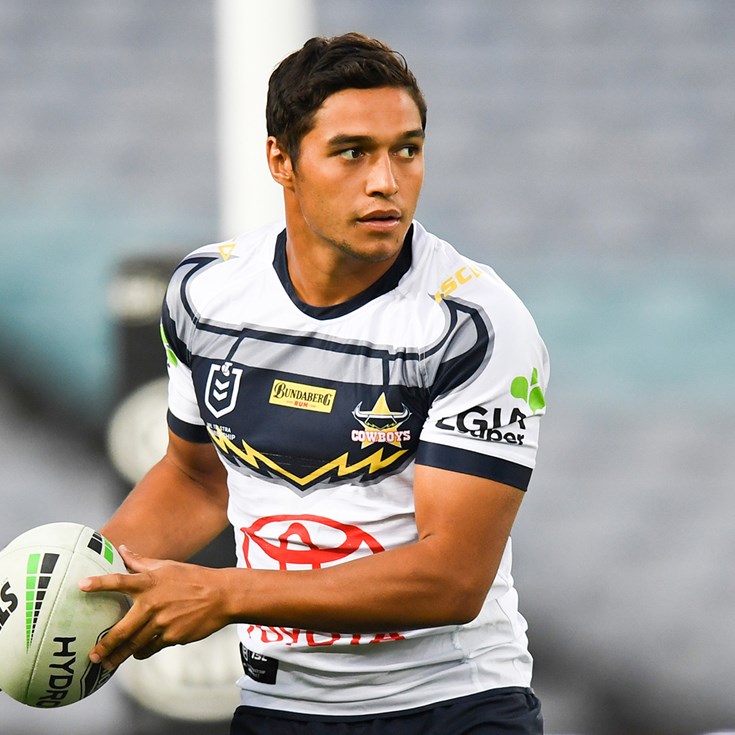 The top tries from the 2019 season