One of the more intriguing clashes will see the Easts Tigers travel to Piggabeen to take on the Tweed Seagulls on Saturday afternoon.

The Tigers were one of the most heavily represented teams at last week’s carnivals, with 13 players pulling on jerseys at the National Championships or the State Carnival.

Tigers coach Duane Rehua, who coached SEQ Green at the QRL State Carnival, said his players would take plenty away from the representative season, but was happy to have fulltime focus on the club season for the next few months.

“You can go forward with a concrete plan now as to how you’re going to finish off the season,” Rehua said.

“It’s been a bit of a disjointed season this year, but I think now that we have a bit of continuity going forward, we can get into some sort of rhythm.”

The Tigers currently sit in fourth place with three wins and three loses in what is a very evenly matched competition.

The next few weeks will be telling, as teams battle it out for a top four finish and Rehua said his team has identified their upcoming games as potentially the making of their season.

“We set a couple of short-term goals as of Monday night,” Rehua said. “We have identified that the next three games coming up to the bye are pretty much do-or-die for us.

“If we can perform well in the next three weeks leading up to the bye (Round 11), hopefully we can get the points in those games which will give us a bit of wiggle room leading into the home stretch and the finals.”

Their run starts this Saturday at Piggabeen against the Seagulls, who have already shown to be the danger team of the competition.

In their first season in Division 1, the Seagulls managed to break the 13-game win streak of four-time defending premiers Burleigh in Round 4, a performance that made the whole competition sit up and take notice.

“They’re a very quick side,” Rehua said. “They’ve got some good halves and a good dummy half and if we go down there not ready or unprepared, they are definitely a team that can catch you out.

“They had a win over Burleigh and that’s no mean feat, so they’ve definitely got some strike power in that side, especially at home.

"They’ve got a good support base down at Tweed Heads and they’ll be fired up for a big one against us.”

Kick-off between the Seagulls and Tigers is this Saturday afternoon at 12.15pm.

Other Round 8 fixtures will see Toowoomba host Wests, while Burleigh will take on Souths Logan. Brothers Ipswich have the bye. 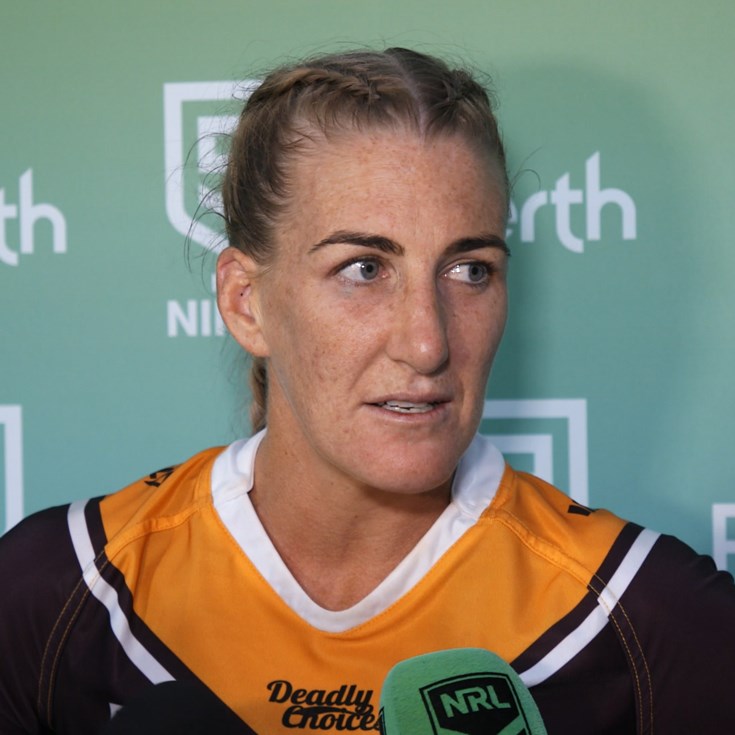