The Northern Pride delivered their best performance of the season to defeat the Central Queensland Capras 30-4 at Barlow Park to break their run of 10-straight losses.

Pride coach Ty Williams made a late change to his starting line up with Connor Jones, who was named to start at hooker, shifting to the bench.

Jones make it his mission to spark the attack and he stole the show late in the first half with a stunning impact.

Coming on in the 32nd minute, he had tries in the 33rd and 36th minutes to take the game away from a Capras side who had until that time been hanging in tough.

Jones's tries were carbon copies of each other. Both times he took the ball from dummy half and burst over the line to score.

The first time he was untouched and the second time he had to beat two defenders.

For the Pride, halves Jordan Biondi-Odo and Brayden Torpy were exceptional. Torpy delivering a master class in kicking in general play, including a 40/20 in the lead up to Jones's first try.

Things started well for the home side when Peter Hola opened the scoring in the eighth minute.

Jack Campagnolo executed a copy book draw-and-pass before slipping the ball to Hola who was running the perfect line to crash over.

For the next 25 minutes, the game was a tight tussle with the score stuck at 4-0 and both sides having chances.

The Pride gave away a number of penalties and gifted the Capras possession, however they defended resolutely and turned back attack after attack.

For the Capras, props Eddy Pettybourne and Aaron Pene were prominent early, however were not able to gain any dominance in that time.

On a rainy night, the game was always going to be won by the side that won the middle of the field and the Pride, led by inspirational captain Tom Hancock, Mat Laumea and Hola well and truly dominated the Capras pack.

After posting three first half tries, the Pride led 14-0 at the break and while the Capras had held tough for 30 minutes, they never looked capable of scoring that many points.

The home side started the second half as they had finished the first, scoring a try.

Javid Bowen swooped on a Biondi-Odo kick that Capras was misjudged by fullback Elijah Anderson, one of his few errors in an otherwise strong performance.

Biondi-Odo had taken the kicking tee of Torpy at halftime and slotted the conversion to push the score out to 20-0.

While Jones scored a double late in the first half for the Pride, winger Matthew Musumeci did the same late in the second, with his first coming after following through on a Torpy grubber and touching the ball down just inside the dead ball line as the bouncing ball escaped the grasp of scrambling defenders.

His second was started by a piece of individual brilliance from Hancock who bumped off one Capras defender, broke into the back field and calmly passed back inside to Bradley Stephen who advanced the ball down field, looked to kick and then, summing the situation up perfectly, went to the unmarked Musumeci to streak over.

The Capras only points came in the 57th minute when hooker George Grant showed that Jones was not the only dangerous running hooker on the field as he burst through two Pride defenders from dummy half to score beside the posts.

For the Capras; Anderson, Luke George, Nathan Bassani and Jamie Hill all tried hard and showed glimpses of the talented players they all are, however as a team they could not bring the effort together.

For the Pride, along with Biodi-Odo and Torpy, Bowen had his best attacking game of the season and Hancock was the best forward on the field.

Next week sees the Capras take a home game to Biloela Rugby League Grounds to face the Magpies.

The Pride travel to Redcliffe to face the Dolphins in the broadcast match in what could be a crucial game. 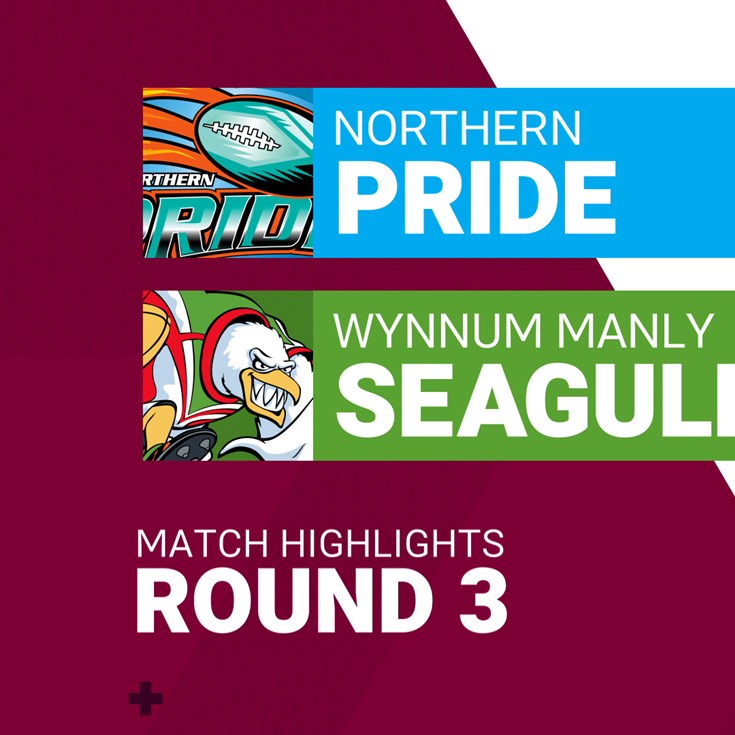