Mackay Cutters brought up their 1000th Intrust Super Cup try during their 34-26 win over PNG Hunters in Port Moresby.

The visitors entered the game only needing two tries to bring up the milestone.

Cutters fullback Carlin Anderson also only needed one more goal to bring up 200 in the Cup, which he did, converting four of six Cutters tries and kicking a penalty goal.

A spirited Hunters outfit came out firing, with star Adex Wera crossing just seven minutes in, but costly errors invited the Cutters to score four tries before half time.

Jordan Kenworthy crossed first for the Cutters and then it was Jayden Hodges who scored the milestone 1000th try, scooting from dummy half to score under the posts 22 minutes in.

Jayden Batchelor and Blake Atherton also crossed for the Cutters before half time; and Wera crossed for his second try of the afternoon just before the break to make the half time score to 22-10.

We trail at the break! #huntwantaim

Cutters' Jack Hickson was first to score in the second half, increasing the Cutters' lead.

But the Hunters hit back through explosive centre Brandon Nima, who scored two tries within six minutes of each other to get his team going, and rake Patrick Morea also crossed for four points.

To make a comeback hard for the Hunters, playmaker Charlie Simon was sin-binned just 20 minutes before full time.

The Hunters late surge proved too little too late; they threw everything at the Cutters, with skipper Moses Meninga leading from the front, but Cutters held on with experienced playmaker Anderson leading them around the park with his pin-pointed kicks.

Cutters sealed the win when Tyler Gardiner crossed before the final whistle blew, taking the final score to 34-26.

We left it too late eventually going down to the Mackay Cutters in the round 13 clash this afternoon! #huntwantaim

Cutters face Easts Tigers in Round 14.

Hunters will take on Tweed Seagulls. 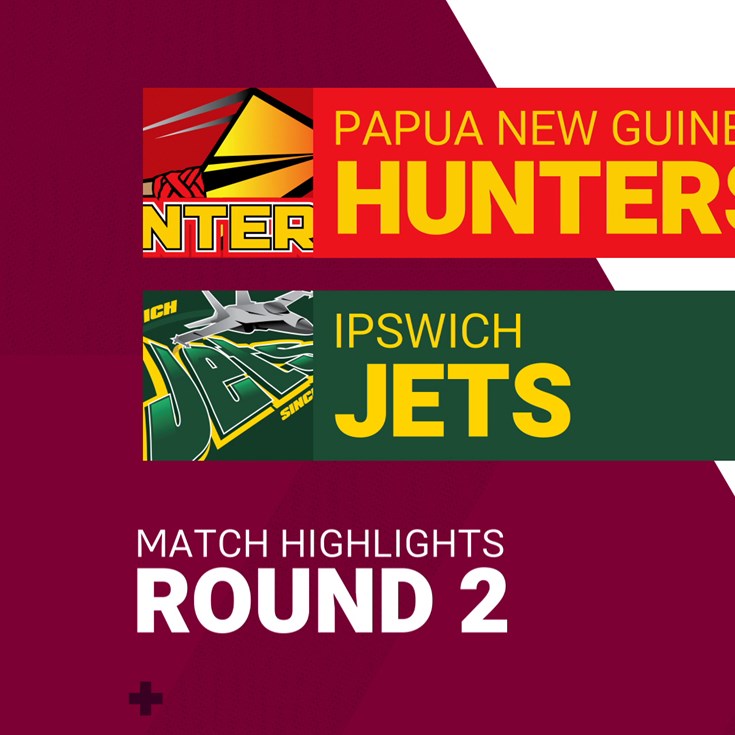