Harvey Norman Queensland Maroons coach Jason Hetherington has unveiled a new captain to guide the side into the next phase.

Current Jillaroos and Brisbane Broncos captain Ali Brigginshaw has been appointed to the role in the lead up to Friday's Holden State of Origin game against New South Wales.

Hetherington said her experience in the role for her country and her central role on the field in the halves saw him make the call.

Last year’s captain Karina Brown, a member of the team’s leadership group, will remain a key voice in the side.

“Through her experience during the NRLW last season with the Brisbane Broncos, here she helped guide the side to a premiership, Ali has matured as a leader,” Hetherington said.

“Ali also had the honour of captaining Australia against New Zealand and was an inspiration.”

For Brigginshaw, it was a dream come true.

"I was emotional when told the news,” Brigginshaw said.

“I was surprised, but it’s something I have always dreamed of doing.

“I played next to Karyn Murphy; I was her halves partner with her for many Origins where she was captain and I always thought I would like to lead like Karyn Murphy, to lead my state the way Karyn Murphy did.

"She has so much pride and passion for Queensland and she showed that.”

Hetherington said Brigginshaw would have strong support around her.

“They are all leaders on the field, I expect them to be,” the former Maroon said.

“I want them all to take that on board and lead in their special way.”

The Maroons will take on New South Wales at North Sydney Oval on Friday, June 21; the game will be broadcast live on Channel 9 from 7.30pm. 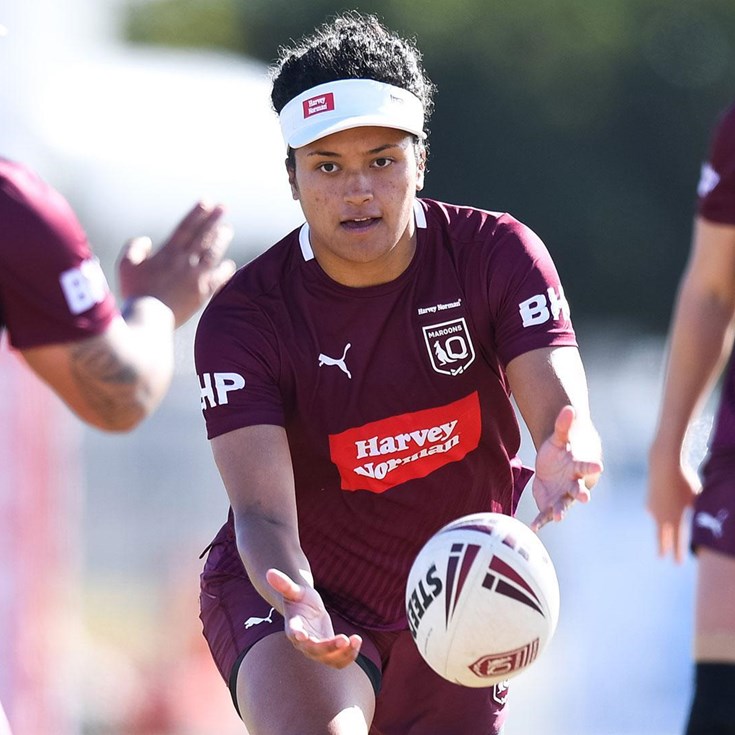 Presented By Bauerfeind 2 days ago