The Central Queensland Capras and Souths Logan Magpies could not be split at fulltime tonight, recording the first draw of this year's Intrust Super Cup season.

Taking their Round 14 game west to Biloela, the Capras hoped to find inspiration from the Banana Shire faithful to sweeten the club's dramatic week that included the departures of marquee-signing Matt Wright and journeyman Bill Cullen.

After a physical opening 15 minutes, BJ Aufaga-Toomaga dived over the chalk to kick-start the tally in the 16th minute.

More points ensued shortly after with Ryan Jeffrey crossing in the 21st minute, followed by Aufaga-Toomaga's double in the 25th minute.

Being shell-shocked in the space of 10 minutes, the Magpies resurged with Lachlan Cooper crossing the paint for their first four-pointer.

Trailing 16-6 at the break, Souths Logan's Manaia Cherrington took it upon himself to lead the second-half charge to remain a chance.

The experienced-half / hooker played his hand in the comeback; with Matt Soper-Lawler scoring in the 54th minute, followed by George Fai to take the lead in the 60th minute.

A try to Capras' prop Aaron Pene in the 70th minute gave the home side a chance to defend a slim two-point lead, but veteran Sam Tagatese had other ideas and crossed with four minutes on the clock.

Leading 24-22, the Magpies conceded a crucial 79th minute penalty goal, locking up the scores, and neither side was able to find points in the dying seconds.

Though not walking away empty-handed, Capras coach Dave Faiumu felt like tonight's game was a loss, disappointed with his side's second half performance.

"We got ourselves off to such a good start and it was the start we have been looking to have for such a long time," Faiumu said.

"Our first half was so clinical, but we went away from our good work in the second half which is the disappointing thing and that's where we pretty much lost it."

2 debuts tonight for our ISC squad in Biloela against Souths Logan! Isiah Conway & Blake Moore coming up from our HDC...

"I thought both boys were excellent in their first games of Intrust Super Cup," he added.

"Blake was leading the kick-chase pretty much the entire game and did pretty much everything that was asked of him.

"He was nice and composed; calm and had some nice little touches to get around the paddock."

Banking the lone point, the Capras get the week off for the representative round, but then face a gruelling away trip to Kougari, up against the flying Wynnum Manly Seagulls.

For the Magpies, they'll tackle the Cutters at home in a fortnight. 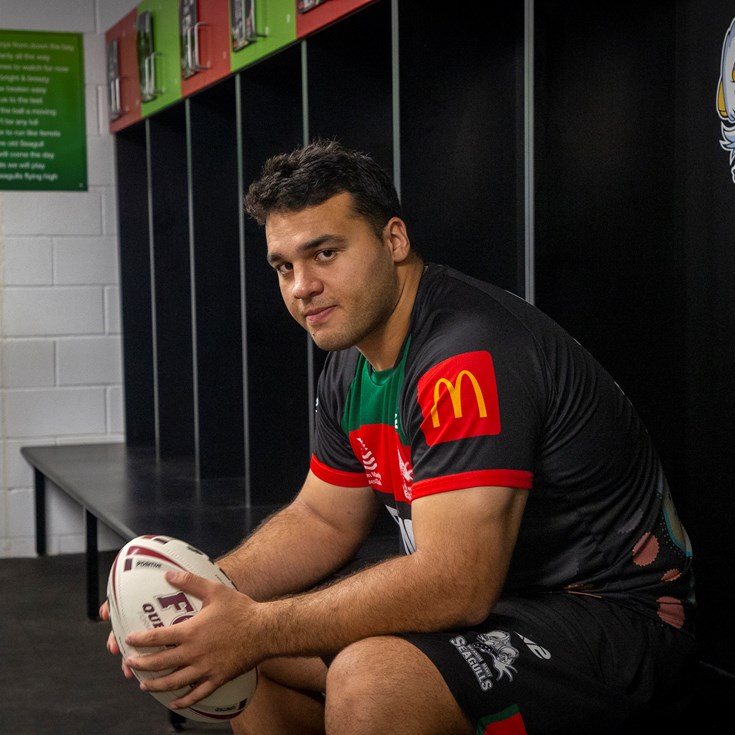