It took years for Chante Temara to work up the courage and confidence to play rugby league. It took just seconds into her first ever game to be reminded of all her fears.

The 18-year-old reminisced on her entry to rugby league after being selected in the inaugural Queensland Under 18 Girls side to take on New South Wales on Friday night.

“It didn’t interest me until my sister played rugby league,” Temara said, referring to her older sister and Australian Jillaroos five-eighth, Zahara Temara.

“I played touch football. I was scared of rugby league because I had never tackled before.

“My first game, I came off the bench and they (opposition) had the ball. I had just come onto the field and the biggest chick ran at me. I came straight back off the field.”

Temara was winded and didn’t return for the rest of the game. She could have quit right there, realising her fears were justified. But, the shy fullback is also tougher than she realises.

“I had to learn how to tackle, I learned to go around the legs and I kept working on that before I could then start improving my tackles.”

Temara has the perfect role model in her older sister, who along with her own team mates, are now inspiring her to consider her own options in the sport.

“I was just happy playing. I didn’t really take it seriously, it was just fun,” the Keebra Park State High School graduate said.

That changed when she made her first representative team for South East Queensland in 2015.

“That would be cool to keep following her (Zahara’s) footsteps," Temara said.

“She is one of those sisters; we are close but it’s the tough love kind of sisters.

“I told her I made the team and that I’ll be playing 14 and she was really happy for me.”

Temara, who plays alongside a number of the women’s State of Origin players at Burleigh Bears, said she was confident in her team mates that they could beat New South Wales at North Sydney Oval. 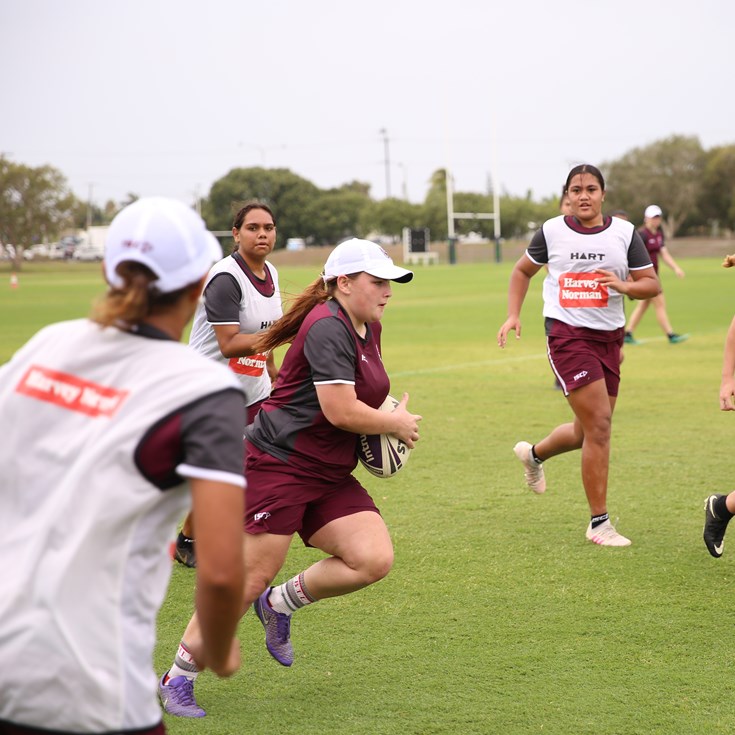 In pictures: CQ Under 18 girls learn in Queensland camp