They have a perfect record from only two Holden State of Origin games so far but Cameron Munster wants to partner Daly Cherry-Evans long-term for the Maroons and forge a pairing to do predecessors Johnathan Thurston and Cooper Cronk proud.

The Munster and Cherry-Evans combination first played together in Queensland’s 18-12 win over NSW in Game Three last year and backed that up at Suncorp Stadium in Origin I this series in an 18-14 victory.

The Maroons did not want to have to chop and change their halves pairing once Thurston and Cronk retired. Initially they tried Ben Hunt in the halfback position but now that Hunt slots into the side so well at No.9 it has paved the way for Munster and Cherry-Evans to settle into their roles.

Munster, 24, said that won't just be given to them on a plate indefinitely, but added that he and his 30-year-old halves partner wanted to stay together long-term like Thurston and Cronk.

"There is no reason why we can't. It is just up to me and Daly to be consistent like those two were. I don't think you will ever get a better combination than Cooper and Johnno but we can have a similar combination and similar reputation," Munster told NRL.com ahead of the Origin II clash at Optus Stadium on Sunday.

Kevvie: The belief in this team is something else

"It is up to us to keep our jerseys. Our names are not written on a plaque or on the back of our jerseys for every game. You've got to earn it.

"Those two earned their jerseys over a 10 and 15 year period of time. I'm sure we will do our very best to keep them."

Munster learned at Cronk's feet at Melbourne for several seasons and now he is like a sponge when Thurston spends time with the halves in Maroons camp.

"I've learned a lot off both of them. Now Johnno is in camp and I pick his brain about the areas that really count here. That's about effort, being really proud of where you come from and doing anything for your teammates. If me and Daly can be half as good as them then I will be very happy and so will the state."

Maroons legend Cameron Smith said Munster and Cherry-Evans had plenty more to achieve for Queensland in the years ahead.

"It's vitally important to have some continuity and particularly in the No.7 and No.6. I know Daly is a bit older but he has still got plenty of elite football left in him so I can't see any reason why these two guys can't be together for another few series," Smith said.

Munster was close to being sacked by Melbourne in 2017 due to his larriin off-field ways at the time, but Smith has noted the changes in his Storm teammate and said he could be one of the game's greats.

"He had some rough edges like we all do when we are a bit younger. You tend to make some rash decisions along the way. Cameron had a couple of those but I think he has been really settled particularly over the last 12 months," Smith said.

"He has got a lovely partner in Melbourne at the moment who has helped with that. You can see by the way he has been playing his football this year. He has been in our best four or five every week. That is what you need from your key position players. There is no reason why he can’t become one of the great players of our game.

"You don't want to put an end point or a ceiling on someone’s capabilities. Cameron is still a relatively young guy but is developing new skills each year that he plays the game and understanding the game more in a different role.

“I still believe his preferred position is fullback and in my opinion that is probably his best position. But in this team, and at this stage for Melbourne, he is playing No.6. He's doing a fantastic job there and let us hope he comes out and has a blinder for Queensland on Sunday." 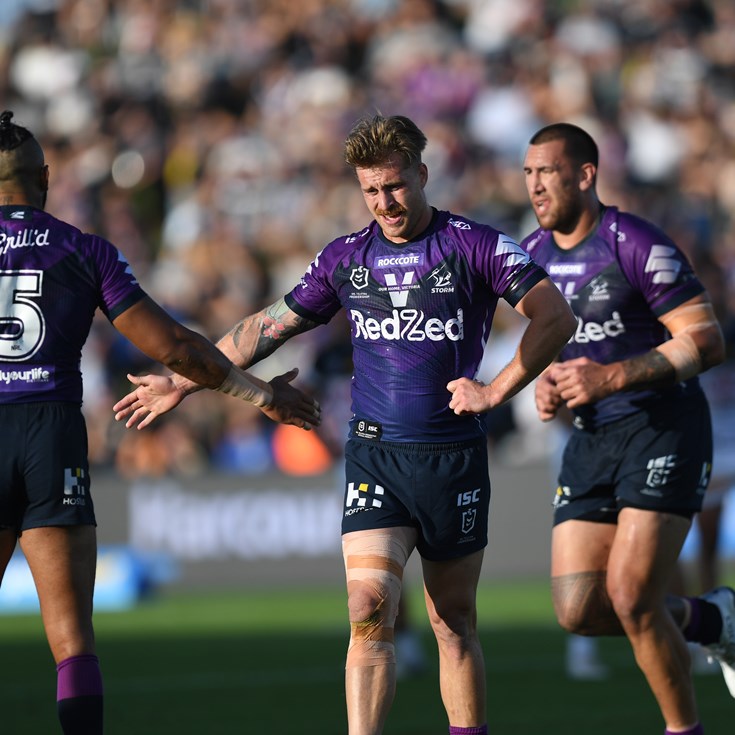