Sunshine Coast winger Jono Reuben picked up his second hat-trick of tries in as many weeks as the Falcons proved too strong for a PNG Hunters side that showed plenty of fight despite the 60-6 scoreline.

Two of Reuben’s tries came from sheer speed; the first in the first half when he latched onto a Hunters attacking kick gone wrong just before his own line, while the second came in the second half when the Hunters were throwing all that they had at the Falcons line, only for a wayward pass to hit the deck and land in front of Reuben who scooped it up and ran almost 90 metres to score at other end.

He completed his treble with six minutes to go in the match with a relatively simple putdown out wide after a scrum play from his team.

As always, hooker Harry Grant was amongst the points, scoring a double, while Jordin Leiu, a member of the inaugural Under 20 Thunderbolts side, scored in his Intrust Super Cup debut.

Queensland Universities representative forward Tom Rafter also crossed for his first try in the Intrust Super Cup after he followed up on a Sandor Earl break up the middle of the field and showed a deceptive amount of speed to sprint away to score in the left corner just before fulltime.

The Hunters had started the game well and showed plenty of intent; responding to letting the Falcons in for the first try of the game by sending centre Brandon Nima over the line on the left edge in the 20th minute.

However, that was the only joy on the scoreboard for the visitors all match who trailed the Falcons 26-6 at halftime.

After the game, Falcons coach Eric Smith said he was pleased to see his players respond to the challenges and opportunities they had been presented with in recent weeks.

“It was an important win ... we are down on troops at the moment and we are using our full squad ... our depth is really being tested at the moment; same as last week,” Smith told assembled media after the match.

“There are probably nine players who would normally be in the 17 who weren’t in the team today (including star performers like Cooper Johns and Nicho Hynes), but I thought everyone who came in did a tremendous job."

He also praised the challenge the Hunters had given his team – which made their defensive performance all the more impressive.

“You know every tackle – you are going to feel it and every time they run the football, they are going to be committed to the collision and run as hard as they can and they didn’t disappoint in that area today, which makes it even more rewarding for how well we defended against them and how well we were able to put that game to bed at the back end of that second half.

“That’s three weeks in a row that we have only leaked only one try. Even though we had a few guys missing and our attack was a little bit clunky at times and our ball security wasn’t great and our completions were a little bit scratchy early on; just how hard we worked defensively ... that’s the most pleasing thing.”

The win saw the Falcons hold the Pacific Allies Cup for the fifth year running.

Next weekend, the Falcons face Norths Devils at Nanango as part of the Intrust Super Cup Round 18 'Get in the Game' Country Week.

The Hunters take on Easts Tigers in Wabag after confirming the venue for the clash last week. 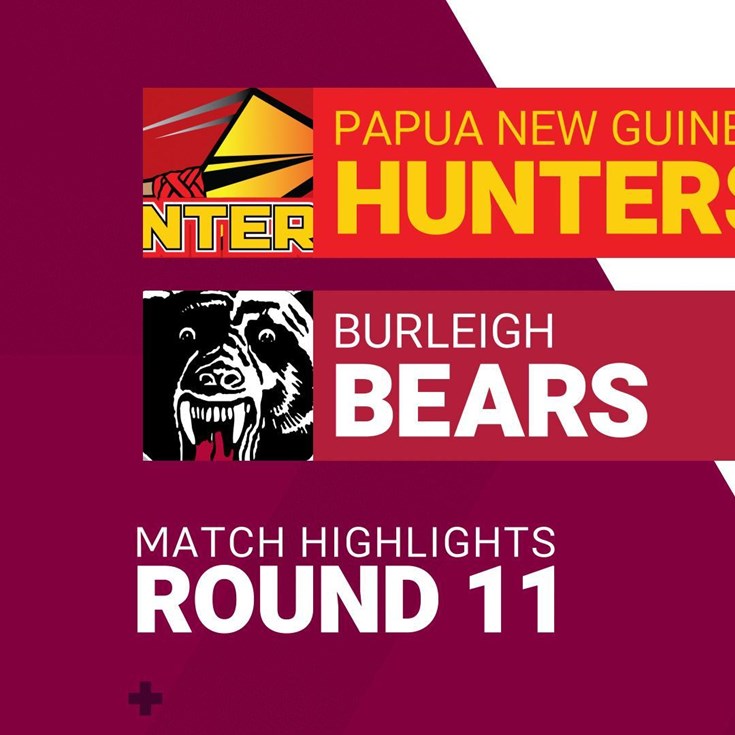