The physical and mental toll of playing hooker for Queensland in the State of Origin series has prompted St George Illawarra to rest halfback Ben Hunt as one of four changes for Friday night’s match against Penrith at Panthers Stadium.

Hunt made 53 tackles in the series opener, 44 in Origin II and 40 in last Wednesday night’s decider compared to his average of 22.7 per game for the Dragons this season, while he also ran 29 times from dummy-half in his three appearances for the Maroons.

In addition, Hunt had to cope with the mental strain of switching from hooker for Queensland to halfback with his club during the six-week Origin period.

The 29-year-old believed he could cope with the increased work-load but the Dragons coaching staff put the welfare of the exhausted playmaker first by resting him from the Panthers clash, despite needing to win at least six of their remaining games to make the Telstra Premiership finals.

Pereira gets clean bill of health

McGregor also welcomes back England prop James Graham from a broken leg and he will start at lock in place of Jeremy Latimore, who aggravated a knee injury during last Sunday night’s 36-14 loss to Canberra at WIN Stadium.

St George Illawarra players conceded that it was their worst performance of the season and they endured a horror video review session on Tuesday before turning their focus to the clash with Penrith, who have won their last six matches to climb into the top eight after being equal last before Origin.

“We have reviewed the game, we have assessed it, we have made some calls and some personnel changes and it is one of those games you need to put behind you as fast as you can because thankfully this week is a short turnaround,” second-rower Tariq Sims said.

“It is starting to get to the point now where there is no longer any pussyfooting around each other or sugar-coating things. We have got the talent there, we have got the people who can do the job and have done the job in the past but we are just lacking in the intent at the moment.

“We need to change that around as quick as we can because we need to win six out of eight so it is crunch time. We don’t want to be getting to the end of the season hoping for other teams to lose because that is uncontrollable.”

Annesley won't rule anything out

Rookie winger Jonus Pearson said he would be aiming to make more carries from St George Illawarra’s end of the field against Penrith as that was an area of his game that was identified at the review for him to improve.

“We had a review today and it was pretty tough so we have got to bring it out in the field now,” Pearson said.

“This week will be one of the most important games for me.”

Despite their precarious position on the NRL ladder, Sims said the players share McGregor’s belief that the team is still capable of winning the grand final.

McGregor has come under fire from a section of the club’s fans for his comments at Sunday night’s post-match press conference but Sims said he maintained the backing of the players.

“You sit in the change rooms and you look at the players we have got at this club, we have got the talent there so it is on us as a playing group. We are just not putting it together,” he said.

“Nothing has changed, we still have the belief that we can make the top eight but we just need to pull our fingers out and have a go. Obviously our fans are very, very vocal and we love them more than anything, that is what keeps the club going.

“But I think it is pretty harsh for them to be calling for Mary because at the end of the day he is just orchestrating us, he is not the one out there missing tackles or dropping balls and things to that extent so we really need to do it for our fans, ourselves and our coach as well.”

The Dragons had five players involved in the Origin series – Sims and fellow forwards Tyson Frizell and Paul Vaughan played for NSW, while Hunt and Norman represented Queensland.

The club had expected at the start of the season that having English stars Graham and captain Gareth Widdop would off-set some of the Origin load but both have been out injured.

Centre Zac Lomax said on Tuesday that he expected to be return from a broken thumb in the July 26 clash with South Sydney and Widdop also hopes to be available for that match after dislocating his shoulder in the round three match against Brisbane. 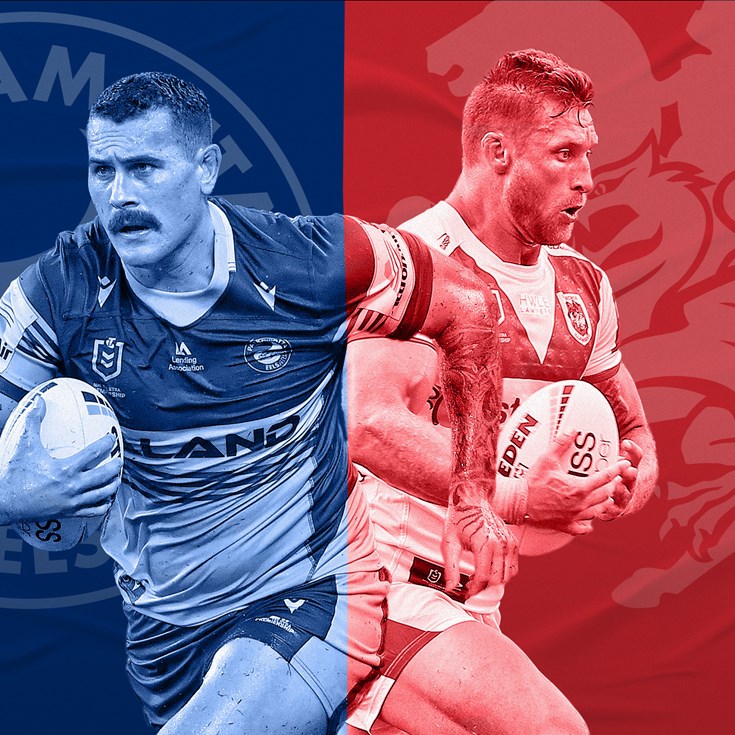