The SEQW Division 2 grand final between Ormeau Shearers and the Southport Tigers will be the headline event of a day that will also feature the Division 3 Green and White deciders as well as the Under 18 girls semi-finals.

The Shearers won their way through to the grand final two weeks ago, with the minor premiers claiming a 16-12 win in the qualifying final.

Southport Tigers finished the season in third and won an elimination final against Goodna before getting the job done 14-8 over Bay in last week’s preliminary final.

The Division 2 grand final kicks off at 3pm, with Division 3 action getting underway from 12pm.

Logan City Hawks will face off with Beaudesert in the Division 3 White final at midday, followed by Inala against Redlands in the Green decider at 1.30pm.

The curtain raiser games will determine the finalists for the SEQ girls under 18 competition, with two games at 10.45am. Brothers St Brendan’s take on West Arana Hills/Beenleigh and Redlands take on Goodna Eagles.

The grand final day festivities at Ormeau follow the success of last weekend’s Division 1 final, where the West Brisbane Panthers broke through to claim their maiden title 20-8 over defending champs Burleigh. 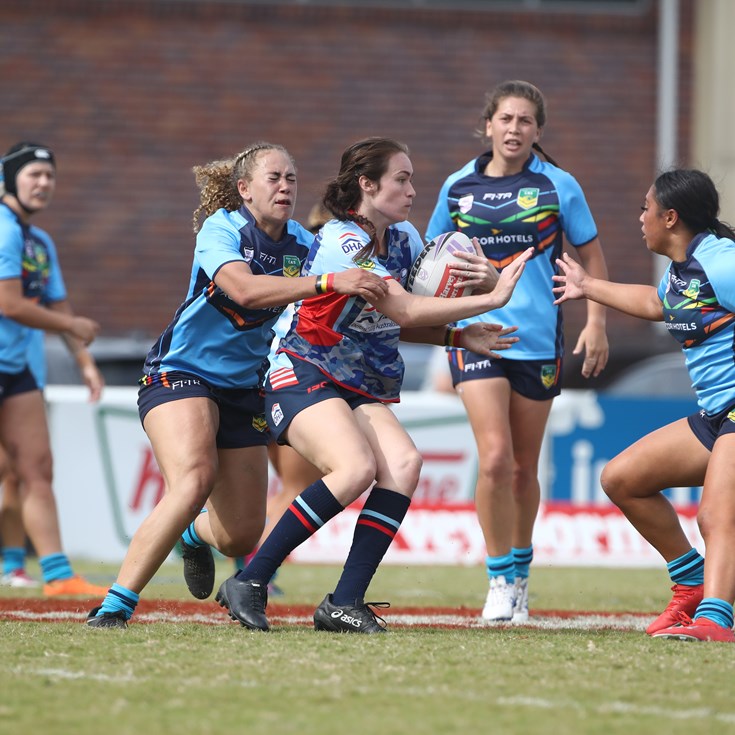