Two games were previously played on Friday evening where the Ivanhoes Under 15s and Under 16 teams played against Kangaroos.

The Knights Reds Under 10s team who usually come out firing were on the back foot against an enthusiastic and fast Kangaroos outfit.

Kangaroos seemed to have an answer for each play and Ivanhoes went down in a hard fought game.

William Lloyd was named the player of the match for his determination on field which resulted in the team move more seamlessly in attack.

The second game between Ivanhoes White Under 10s and Scorpions ended up being half filled with Ivanhoes Reds players due to low player numbers.

For the first 10 minutes, it was more like a fun match which was reflected on the scoreboard.

Once the Ivanhoes snapped into game mode and found momentum, the game quickly turned around.

Over the past few months, Ivanhoes Under 11s have shown great progress both individually and as a team.

Every week, there has been marked improvements in their games with good communication between team members and all playing their hearts out.

At the start of the season, Ivanhoes and Kangaroos were evenly matched, but this game saw a huge difference with Ivanhoes running out six tries to three winners.

Competitive junior results were as follows:

In Round 12 this Saturday, Ivanhoes will host Cairns Brothers, Redlynch and Edmonton at Smithfield in final games of the season before finals.

On the day, Ivanhoes Under 11s will be holding a bake sale while Under 7s will have a raffle to raise funds for their respective teams.

The Under 15 and 16 games were played on Friday evening at Jones Park. 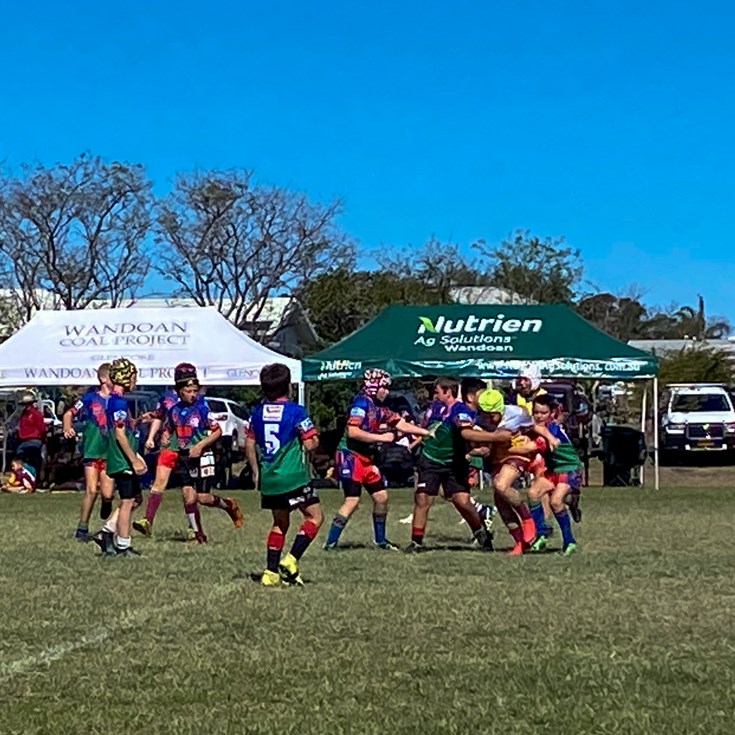