Brisbane forward Tevita Pangai jnr has been suspended for five matches after failing to have a dangerous contact charge downgraded at the judiciary on Tuesday night.

Pangai jnr was charged with grade two dangerous contact to the head/neck and sought to have the charge downgraded to one.

The charge related to a crusher-style tackle on Penrith's James Maloney. The reason he was was given such a ban was due to the loading that resulted from prior offences.

Pangai's ban is a big blow for the Broncos, who face virtual sudden death games for the rest of the season.

Brisbane are also without halfback Jake Turpin for the next two weeks after he was suspended for dangerous contact.

Turpin was charged for a hit on Panthers fullback Dylan Edwards.

The Broncos host the Rabbitohs in Round 23 before finishing the regular season with games against Parramatta (home) and the Bulldogs (away).

Turpin sent to the sin bin for swinging arm on Edwards

Nine players were charged in Round 22 and eight of those took early guilty pleas.

Jennings and Milford were fined $1350 and $1150 respectively for taking early pleas.

Wests Tigers halfback Luke Brooks was charged with contrary contact over an incident involving Jack Gosiewski at Lottoland on Thursday night but is available to face the Knights next round. Brooks took an early plea and was fined $1350.

The Warriors, Raiders and Storm will be breathing sighs of relief with Jazz Tevaga, Joe Tapine and Cameron Munster free to play next weekend after entering early guilty pleas.

Tapine throws punch and is sent to the bin

Raiders prop Tapine will pay a $1150 fine after taking an early plea for a contrary conduct charge and is free to face Manly in Round 23.

Bulldogs prop Aiden Tolman will be available to take on the Eels on Thursday at Bankwest Stadium after taking an early plea to a dangerous contact charge against Rabbitohs lock Cameron Murray. 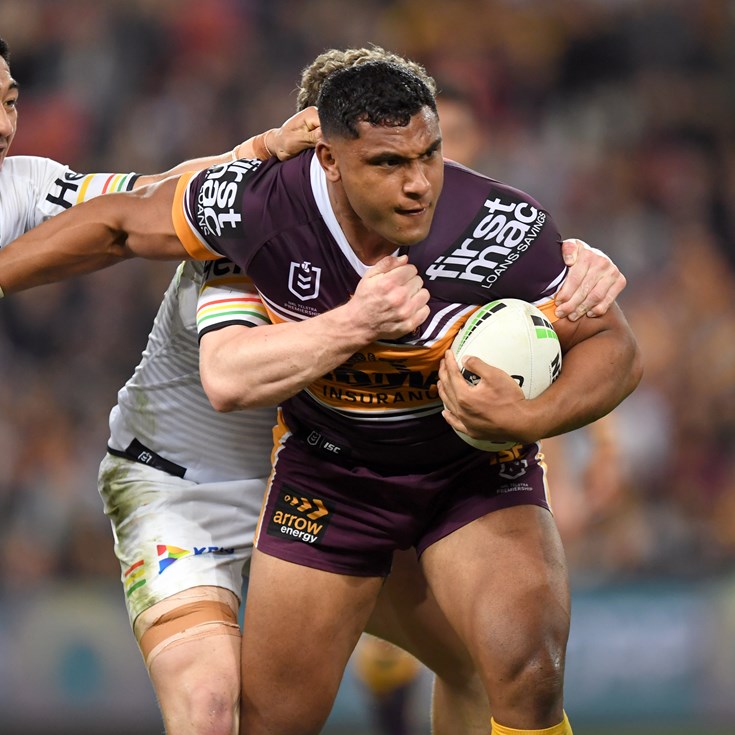