The Chook Pen lit up when Wynnum Manly Seagulls beat Redcliffe Dolphins 20-16 in the elimination final at BMD Kougari Oval this afternoon.

The Seagulls will face now the Townsville Blackhawks in next week’s preliminary final.

After recovering from a horror start to the season, which saw them win just three of their opening 11 games, Redcliffe went on a remarkable winning streak only for their hopes of back-to-back premierships to be dashed by a strong Seagulls outfit this afternoon.

While the Seagulls dominated the first half, Redcliffe certainly made the home fans nervous as they romped home late in the game, only for the Seagulls to hold on for a narrow four-point victory.

Seagulls skipper Mitch Cronin said he was glad his team got the win after "a really hard" game.

"We came in with the intention to start hard and we did. Second half we got a really bad start - they were all over us through the middle, but we hung in there and showed that it meant heaps to us," Cronin said.

"We defended really well and came away with the win."

Cronin said he was impressed with Hastings Deering Man of the Match Sam Scarlett.

"In all the big moments he stood up. He was our leader in halfback."

Disappointed Redcliffe star Izaia Perese said "it was definitely not the result we were after".

"It was definitely a game either team could have won. It just came down to who wanted it more at the end of the day," Perese said.

"They've been amazing all year, but those two in particular always have a crack regardless of which way the game is going."

Giving away a penalty in the very first play of the game, Redcliffe struggled to curb their aggression in the opening exchanges, which saw Wynnum Manly open their account first through a Pat Templeman penalty goal in the fourth minute.

After making some early errors, Edene Gebbie made up for his mistakes when when he threaded through an audacious grubber from his own 30-metre line, which found its way in the arms of winger Junior Pauga, who then offloaded back to that man Gebbie, who would brush past two would-be Redcliffe defenders to score under the posts.

An error from Redcliffe fullback Trai Fuller proved costly as Wynnum Manly half Scarlett added yet another try assist to his ever growing tally, delivering a lovely short pass to tackle-breaking forward Kalolo Saitaua, who broke through the line to slam the ball down next to the posts in the 26th minute.

The first half ended with some frantic football by both sides, with both threatening to run the length of the field only for the siren to put an end to the craziness.

Wynnum Manly went into the sheds with a 14-0 advantage.

Redcliffe certainly came out firing in the second half, with Harry Smith making the most of a Perese break, as he darted from dummy half and barged his way over in the 41st minute to make it 14-6.

Another error from Gebbie opened the door for Redcliffe to make it two quick tries, only for Corey Paix to let an overlap go begging by throwing the dummy and being tackled to release the pressure for a tiring Wynnum Manly outfit.

After coming out of the sheds firing, Redcliffe were presented with plenty of opportunities to make it back-to-back tries, but failed to keep their composure in the big moments; often taking the wrong option in attack, with tries going begging on numerous occasions.

You have to take your opportunities in finals footy and Wynnum Manly eventually made Redcliffe pay for their mistakes, when Kelly Tate slammed down a Scarlett grubber in the 56th minute – much to the delight of their loyal fans in the Chook Pen.

A deflected Wynnum Manly kick gifted Redcliffe some good field position and they finally scored their second try for the afternoon, when Jamil Hopoate was the first to the ball after Edward Burns failed to clean up a Redcliffe grubber in the 61st minute to make it 20-10.

The momentum then began to shift in Redcliffe’s favour, suddenly making Wynnum do all the tackling as they began to roll through the middle of the field with ease.

The comeback was well and truly on with Redcliffe scoring their second try in only a few minutes with Josh Beehag using his strength to go over in the corner in the 64th minute – making it 20-16 with 16 minutes remaining.

A huge shot from Jordan Grant forced an error from his opposite number Aaron Rockley and the play was met with raucous applause from his teammates as Redcliffe continued to mount pressure on the Seagulls.

However, just as they have done all year, Wynnum Manly refused to go down without a fight and held off the rampaging Redcliffe outfit in the dying stages to hold on for a gutsy 20-16 win.

Wynnum will have to back up their impressive performance next week when they take on the high flying Blackhawks at Jack Manski Oval for a place in the Intrust Super Cup grand final. 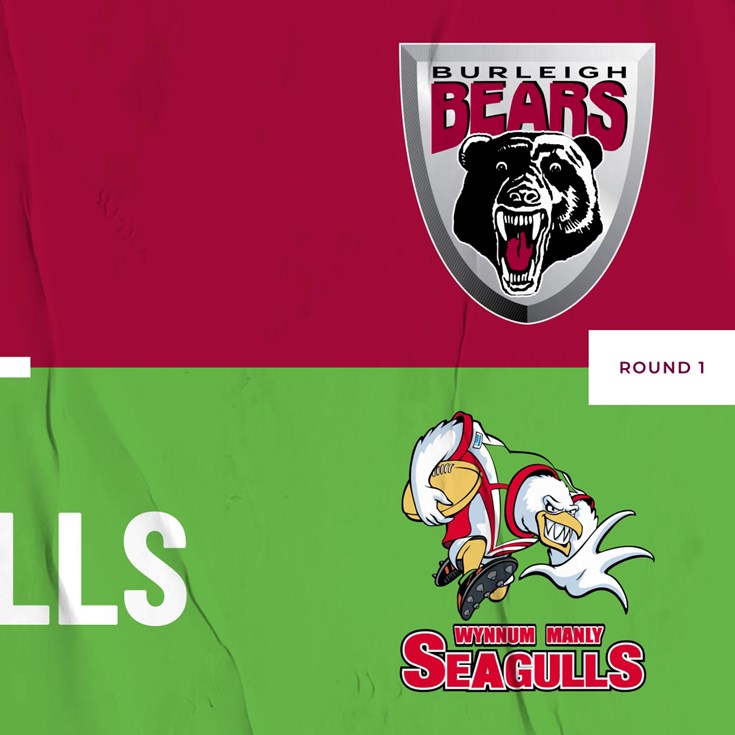