Wynnum Manly Seagulls star Shannon Gardiner is super impressed with the nominees for this year's Hastings Deering Colts Player of the Year.

The winner will be announced at the Queensland Rugby League Awards tonight.

The 2018 winner, who is in the running again this year, said all of the nominees - the others Jayden Campbell from Burleigh Bears, Nathan Barrett from Townsville Blackhawks, Tom McGrath from Northern Pride, Tyson Smoothy from Sunshine Coast Falcons, Brendan White from Mackay Cutters - would "go close".

Gardiner said he expected "gun fullback Jayden Campbell from Burleigh Bears" to win, but said there would not be much in it.

"They've been pretty good competitors across the whole year so whoever gets it definitely deserves it."

Gardiner said as much as he looked forward to tonight's awards, he was most looking forward to playing in the Hastings Deering Colts grand final on Sunday.

The star fullback said he was confident in his team.

"We just need to keep doing what we've been doing," Gardiner, in his second year at Wynnum Manly, said.

"We've gone to a different level in the finals. Each game we've just improved.

"We'll put a game plan in place for Sunny Coast and hopefully we'll come away with the chocolates.

"It's probably the best 17 we've put on the paddock all year. We've got players who have played up in Intrust Super Cup and in the Auswide Bank Mal Meninga Cup, and now we're all together. It's the best 17 that'll do the job."

What a weapon!' - Shannon Gardiner

"That's probably going to make me a bit more nervous but hopefully nerves stay away and I can get some sleep Saturday night," Gardiner said.

"I'm really excited to play in front of them.

"I'm proud to play at this club. They've given me a lot of opportunity so hopefully I can give back to them."

Gardiner said having a team in both the Hastings Deering Colts grand final and the Intrust Super Cup grand final was phenomenal and he was sure the atmosphere on the day would be energetic.

"It's massive. I'm hoping both teams get the win on the weekend," Gardiner said. 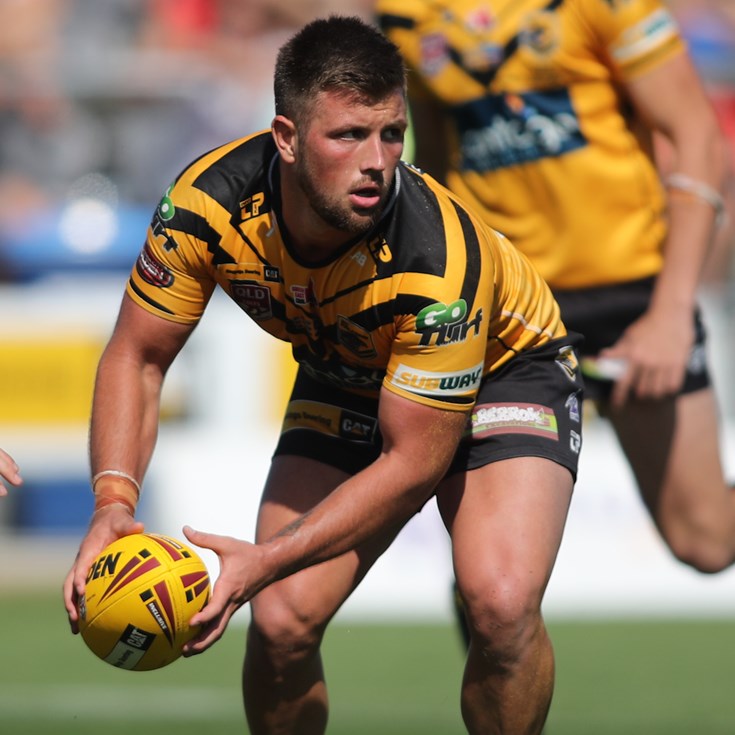 What a weapon!' - Tyson Smoothy

Falcons fight back to claim a thrilling win over Seagulls