Jason Taumalolo, Andrew Fifita and 25 other Tonga stars have declared their availability for the island kingdom in the World Cup 9s and end-of-season Tests against Great Britain and Australia under a new governing body.

The RLIF board met on Thursday night and suspended the membership of the Tonga National Rugby League (TNRL), which has been at loggerheads with the players after sacking coach Kristian Woolf.

Woolf is now set to be invited to return as coach, along with the support staff who helped Tonga's rise to become the game's No.4 ranked nation.

Given that Tonga is due to play in the World Cup Nines at Bankwest Stadium on October 18 and 19, followed by a Test against Great Britain on October 26 and an Oceania Cup clash with Australia on November 2, the RLIF will appoint an interim board in the coming days.

The RLPA provided the RLIF a 27-man list of Tonga's highest-profile players, led by Taumalolo and Fifita, who had made themselves unavailable to play while the current TNRL board remained in power.

All 27 players, who also include the likes of Will Hopoate, David Fusitu'a, Addin Fonua-Blake, Siosiua Taukeiaho and Manu Ma'u, have indicated they will play for an alternative board.

Tonga Prime Minister Semisi Sika wrote to the RLIF to advise that the TNRL had lost the support of domestic clubs, as well as the international players, and a new body would be established.

The new board has the backing of both the Tongan players and the Tongan government to ensure Tonga can field a team, and Woolf will be approached to return as coach.

With the return of the 27 players, it is not expected that Israel Folau would be selected after this week declaring his availability to play for Tonga almost a decade after his last NRL appearance for Brisbane in 2010.

Folau's eligibility was not discussed by the RLIF board but Woolf is expected to stick with the players who have been loyal to Mate Ma'a Tonga, many of whom turned their backs on the opportunity to play State of Origin or for Australia or New Zealand.

The unanimous decision to suspend the TNRL's membership of the RLIF pending a full investigation into issues raised by various parties during the stand-off followed expressions of concern from other nations, the RFL and ARLC.

As a result of the RLIF's decision, the NRL will withdraw an invitation for a team governed by the TNRL to play at the World Cup Nines.

The NRL will work with the RLIF to provide an opportunity for a Tonga team under a different governance structure, which has the backing of the players, to play at the World Cup Nines.

"We want the best Tongan team playing in the World Nines," NRL CEO Todd Greenberg said. "It is clear the current board does not have the support of its national government or its best players.

"We are working with the RLIF to recognise an alternate structure that provides an opportunity for Tonga to field its best team. We support Tonga's NRL players and want to see them representing their great rugby league nation."

ARLC chairman Peter Beattie said the Tonga government had made it clear that the current board does not have the support of its members, Tongan clubs and their best players.

"It is untenable for a national administration that doesn't have the support of its government or players to continue," Beattie said.

"That's why Todd and I have strongly supported the RLIF's decision not to allow a team governed by the current board to compete in its competitions.

"I'm looking forward to an interim board being established so we can have Tonga's best players on the park and the best international competition possible."

RLIF chairman Graeme Thompson said the board recognised that it needed to weigh the rights and entitlement of membership against its wider primary obligations to foster, develop, promulgate, govern and administer the code throughout the world.

Based upon the volume and magnitude of representations received the RLIF board decided that it needed to intervene immediately.

“The RLIF has received representations and concerns from the Office of the Prime Minister of Tonga, the Tongan Sports Council, the RFL, the ARLC, the RLPA on behalf of leading players and from concerned groups in the Kingdom of Tonga," Thompson said.

“In view of the considerable evidence that the interests of international rugby league were not being best served at this time. The RLIF Board voted unanimously that the TNRL’s membership be suspended with immediate effect while these matters are properly investigated.

"The RLIF, at the request of the Tongan government will work with the Tongan Sports Council to ensure that the forthcoming international calendar is not undermined.

“The RLIF stresses that the suspension of TNRL is not an expulsion and is intended to provide a period of stability, while the matters raised by the various stakeholders can be properly and fully investigated.

“We now call on all parties to cooperate fully with the process to ensure a swift resolution.”

GB Oceania supports RLIF to ensure the best players take the field in the end of the year fixtures and is focused on delivering a huge and entertaining international rugby league programme featuring the best players in the world across three huge match days.

The RLIF, through Southern Hemisphere GM Jeremy Edwards, will provide support to assist with the transition and ensure the smooth running of the team during the upcoming fix

"We are committed to delivering a wonderful competition of the Oceania Cup and the GB League Lions tour and all plans are progressing well," Edwards said.

“We look forward to seeing a powerful Tongan team in Hamilton versus the historic GBRL Lions and in Auckland in the final Oceania Cup match against world champions Australia.

"We know the Tongan fans want to see a highly competitive team take the field and to continue showing their passion and support for their national team." 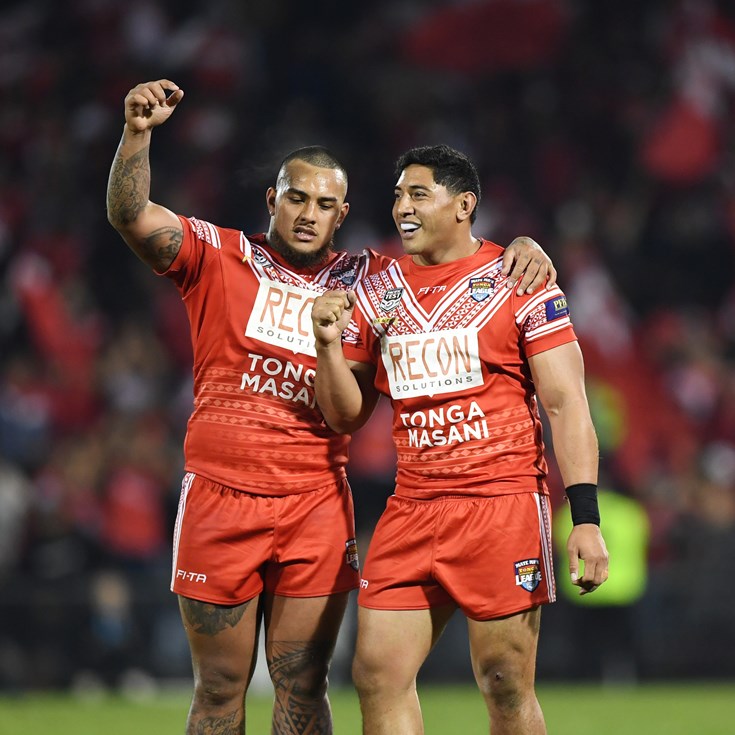 Tonga matches against Kangaroos and Kiwis